I was finished with the lino cuts at 1800 hours on Sunday and, while doing nothing very much in the evening, realised that, if I was going to take the handspun blanket to Guild  next Saturday to hand it over to be embroidered, I had to start soon. So At 7 am on Monday morning, I inspected the blanket and found I was just short of halfway. When it is finished, I need to see to all the ends,  and get it dry. It is the drying time that bothers me. So I decided I had to wash it on Tuesday. So I wove all yesterday although I admit that 2130 hours I threw down the shuttle and said 'the rest can wait till tomorrow'. There was only about 8 inches to go. Up early this morning and finished weaving by 9. It took some time to get it off the loom as I need to leave the ghost warp through the reed. 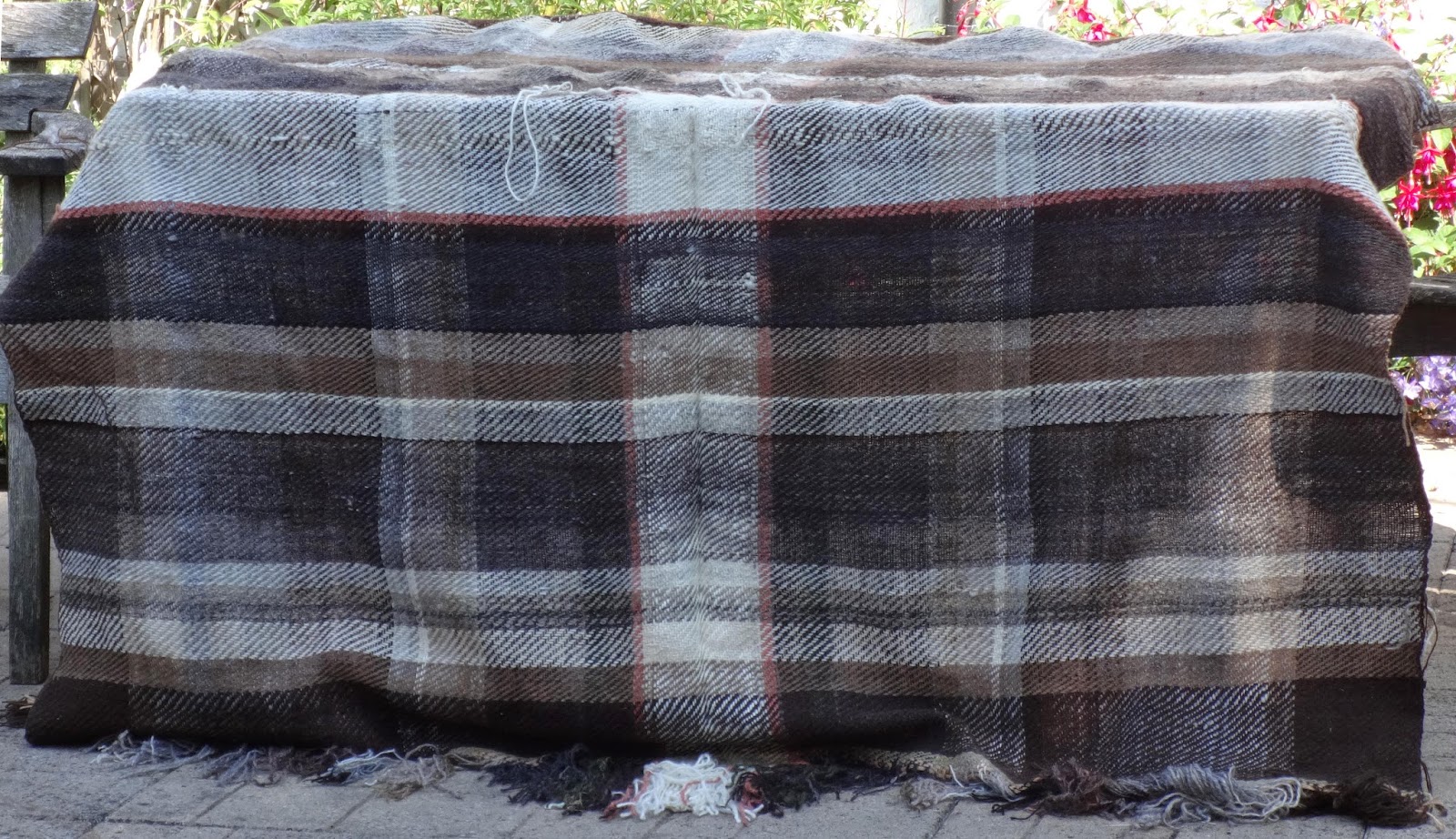 This is the blanket unfolded outside in the garden. The table beneath is five foot long. The white square at the top is the exact middle of the blanket. You can see the fold but that will disappear when washed. There were no stitchings between the two halves but then I always check every ninth throw. One of the advantages of a computer controlled loom. I put in a ninth throw which is not thrown but serves to lift all the shafts of the top cloth. Any cross-stitching shows up at once. That means if you have made a mistake, you have a maximum of eight wefts to unweave. It only happened once in the whole blanket. 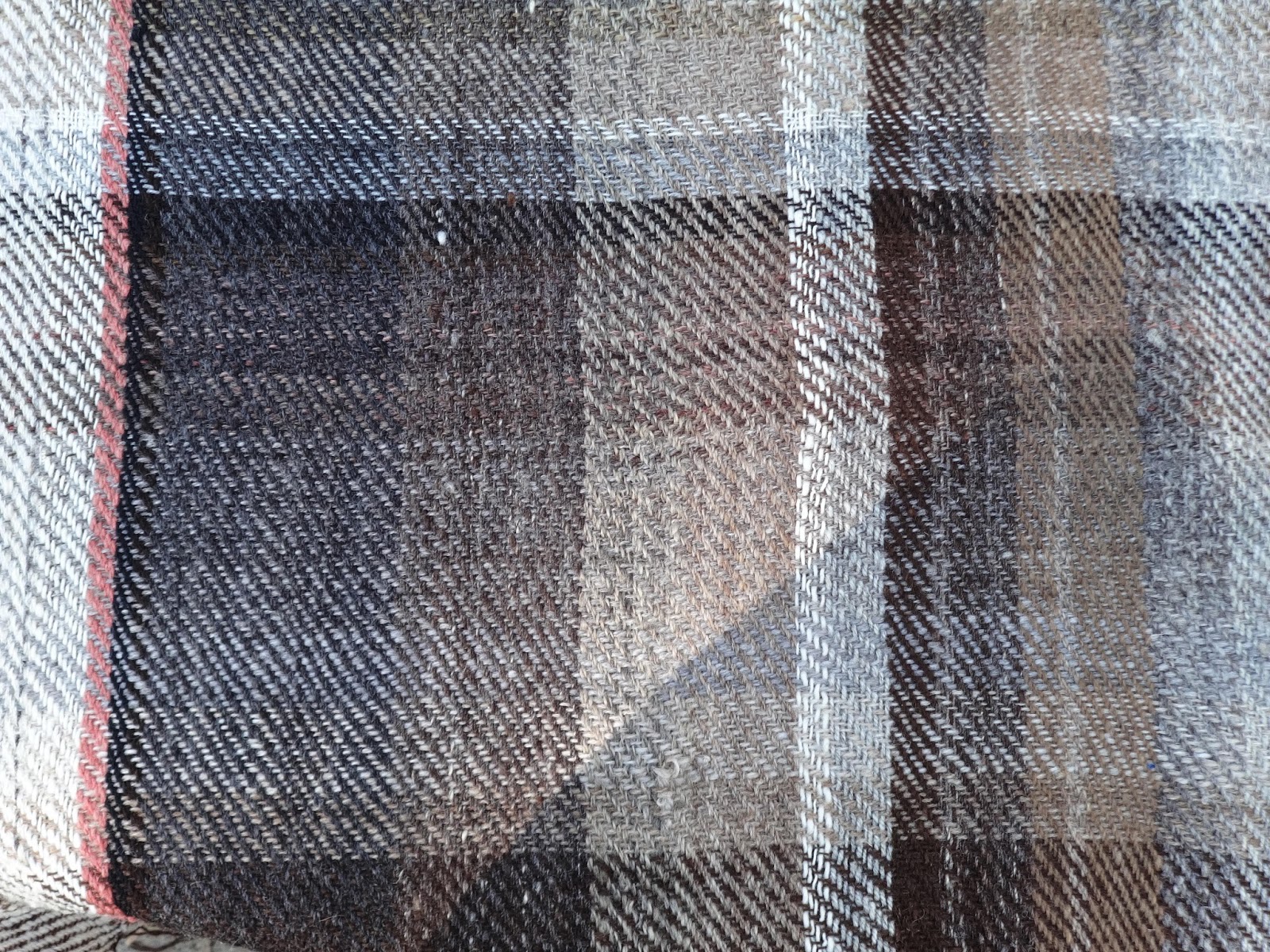 Here is a closer view. The diagonal line is a partial shadow. So off to have a break and a biscuit and then get to work with the needle. I might say that the last 20% of the weaving was a bit of nightmare. Had I got enough of the various colours of yarn? The answer was that I only have a few yards of a few colours left.