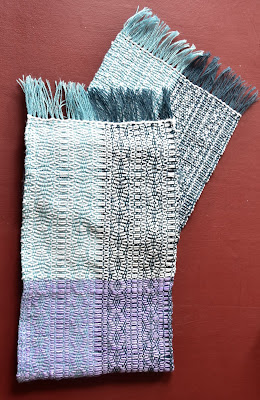 Added later. I forgot. Last night (Friday) I watched the first of Covent Garden's free offerings to the public. Peter and the Wolf as a ballet. Done by the youngsters of the Covent Garden school. First rate!! It seems to be available for the next week. Next Friday they are doing Cosi Fan Tutte. I am looking forward to that. Lots of similar institutions are making similar offerings but none so good as Covent Gardens.
Posted by Pat at 13:08 No comments: 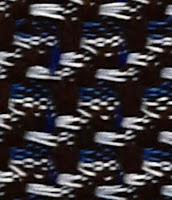 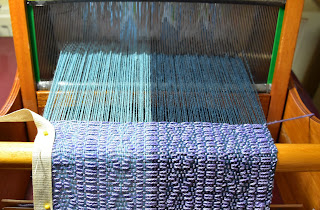 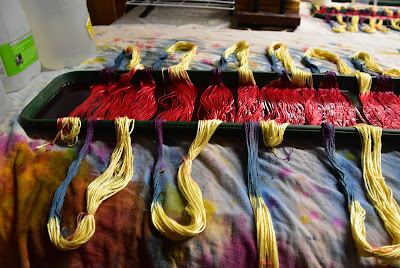 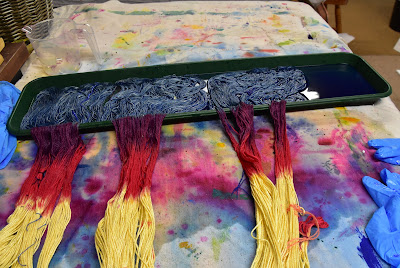 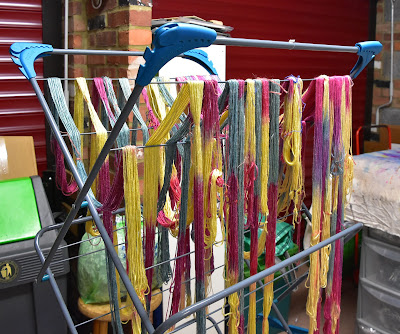 Battening Down the Hatches

We have been making sure we have all the materials we need to keep from going stir crazy in the next three or four months. Not so fussed about toilet rolls and hand sanitiser. My sister, Dorothy, gets supplies from a medical supplies (she was a GP all her working life) so  we have lots of the right stuff already. I found I was short of yeast though and went into Sainsbury to bu some. I was staggered to see that the many shelves normally full of flour held one pack only. Do not tell me the world is going to make its own bread. I do not believe you. I, on the other hand, have a bread maker and 90% of the bread we eat comes out of the bread maker. We both have a weakness for a certain sort of Sainsburys bread which they were well stocked with.

Everything I might have visited/attended in the next 3/4 months has been cancelled and refunds are following into my bank account. Oh well. The way things are going, there might be horrendous financial follow-ons after this is all over.

So what have we got planned. Dorothy plans to make some quilts which she has been brooding over. I have just finished warping up the Meyer with a pattern from Jeremiah Fielding`s book (only 'adjusted') and will probably start weaving today. The Megado needs a steady amount of attention and I aim to set about dyeing a whole load of silk. A month or so ago I wound all the silk (9 balls of Debbie Bliss silk) into 9 separate warps. Each will be dyed differently. And I hope for a jacket out of the fabric.

The original Jeremiah draft in its modern version is shown below along with my version of it. 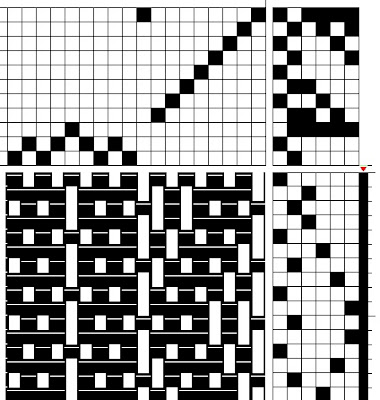 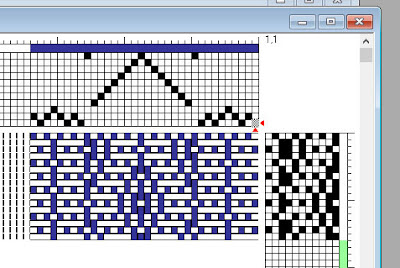 My draft (one unit)

Dorothy has pointed out to me that I never reported on the end of the Megado problem. A quote was indeed forthcoming from Louet. It was very large indeed. A substantial fraction of the cost of a new Megado. So Alan suggested he have a go at repairing it and came and fetched it one Monday. It was returned the following Sunday - working!!!!!. Apparently at some point in its life a repair had been done in the control box and the solder had given up with age. So he cleaned it up and replaced the solder and VOILA - one working Megado. I wove about six inches, wound on and discovered, to my grief that I had tied the warp on very badly so attempted to repair it and made the warp tension worse. I cut off the newly woven section, pulled through all the faulty threads, tied on again (VERY CAREFULLY) and wove a section again, then wound on. All is well. How stupid can you be! Quite is the answer if you are me!!

And he charged less than 10% of Louet's quote.

I also ought to say that my sick days seem to be behind us. I was sick for the day on average, one day in six or seven. The medication was changed. Not only do I not have sick days but I am much more energetic. I have completed all sorts of deadlines. I even found time and energy to go and clean up in the garden today. It feels good to have joined the human race again!
Posted by Pat at 16:53 No comments: 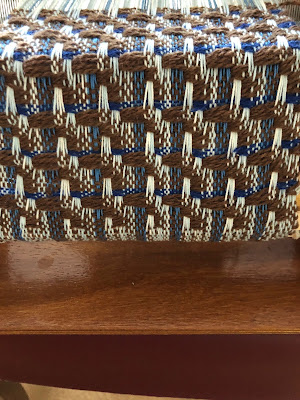 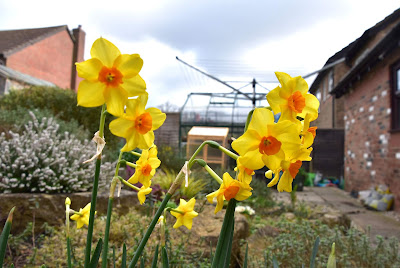 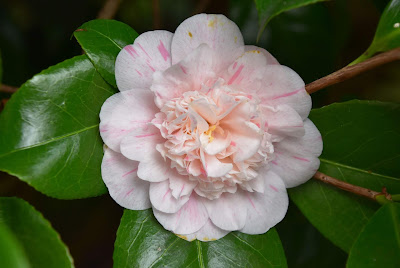