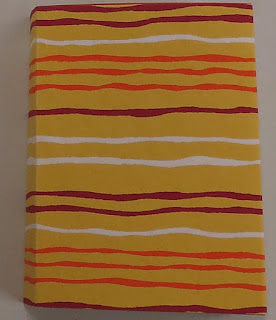 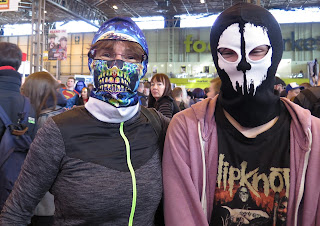 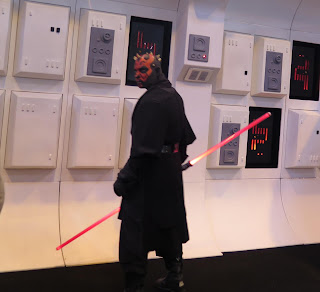 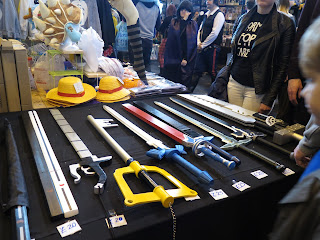 I have recovered from being ill to the extent that I want to weave but I have had a sore shoulder for four weeks. My osteopath not to weave but I am fearful of the Convergence deadline. Anyway I am being extra cautious.

On Friday I attended the first of five day classes in the middle of London with Kathy Abbott. This course is on soft covers. It means taking the bus from here to Reading, the train to London, the underground to Holborn and walking to the City Literary Institute. The class was good. The tutor is fiendishly organised and we all have to keep up. In the first day, we nearly finished the first book. She is not wildly keen on anything which interrupts the class, so no mobile calls and no photography. I did not get home until 0645. I was exhausted as I am not fully recovered from illness but am getting stronger every day.

On Saturday our nephew and his family came over for lunch and moved a load of furniture for us. As we live here, we realise furniture needs changing round and so a lot of reorganising has been. Things have been shoved in the garage on the way elsewhere and I have been selling stuff on ebay. I am going to the osteopath in Theale each week (shoulder) and taking a car full of stuff to a charity shop across the road from the osteopath. Dorothy has had her studio painted and is generating unwanted stuff for the shop in a big way. Last week I ran out of space in the car but fortunately the shop staff  are really helpful unlike the one in Tadley we used to patronise who were very ungracious.

We have had two weeks of decorating and the place is looking much better. I even put up pictures yesterday and will do some more today. I still cannot weave but I did do some bookbinding on Sunday and discovered that the room arrangement will not do. So when I want to cut up large pieces of board, it has to be done downstairs. I  can probably do it in my studio or dining room as well as I have I put my enormous dining table in there. I bought it for £1.00 , Table, Officers, for the use of, many years ago and spent £150 on getting it French polished. It seats 12  very comfortably and will take another 2 or 3.  Perfect for cutting out jackets, tying up ikat warps and other similar important jobs.

No photos yet but I hope to be back to weaving this week. But I have been designing. I was very taken with the ceramics I saw in SW USA. 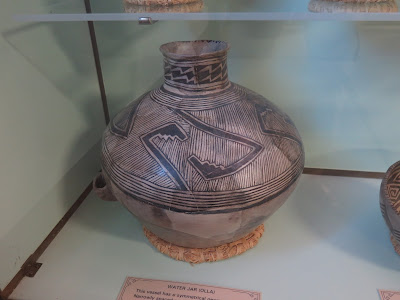 You could be forgiven for thinking this was 21st century pottery. Instead of which it is several hundred years old. I have designed one draft based on these ideas and motifs but it has come out at 36 shafts which is a pest and I need to reconsider. But it is feasible. Expect to see lots of black and white yardage. I asked a museum curator what the attitude of the native Americans is to people translating their designs into modern artefacts. He shrugged his shoulders and said that everyone does it and noone apologises or worries about it. I hope this is true.
Posted by Pat at 13:55 No comments:

I have been told by several people that the last blog was garbage. And yes I agree. The trouble was that I was still unwell when I wrote that. I have recovered now and the fever is all over. I am using as a criterion, completing the Times difficult sudoku which I can usually knock off easily. After the fever, I had no idea even how to start. But I am back to form now.
I went to the Guild meeting last Saturday and was tired out. Today I went to steward at the Guild exhibition and was not tired out. So I have hopes of final recovery. On Friday I am going to London for the first day of a course on soft covered books. I need to think of a way of getting my tools there.
Posted by Pat at 15:58 1 comment:

I have been very ill and it has been worrying. I was unconcious for two or three days and was apparently dolally not a good state to be in. The result is that I have to take it easy. And my sister who looked after me the big problem which was I wanted to get up and help with the all the windows being replaced as well as the decorator decorating. My problem was the use of words.things got called the wrong word and I could not explain myself. I know I am doing wrong but cannot prevent it.
I will need watch myself carefully. Dorothy tells me that
Posted by Pat at 16:56 2 comments: