I finished off the Nonsense Poems of Edward Lear yesterday. I am definitely getting better. What flaws there are, I defy anyone else to spot. 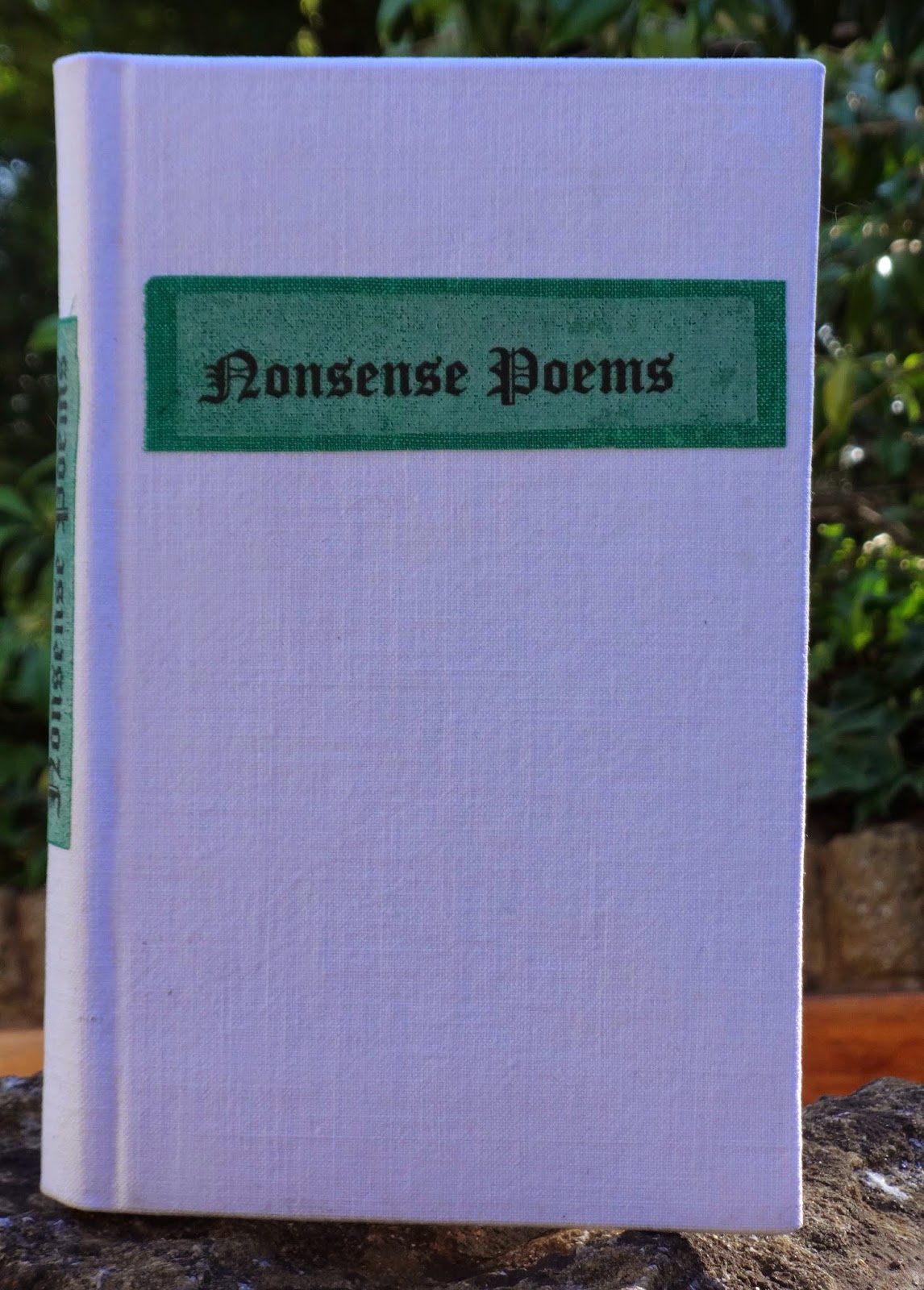 I ran into trouble with the title. First I tried using JetFx but the linen cloth I had selected for the cover was too textured and the results were patchy. Then I tried ironing the text on  to bookcloth which I have done successfully with JetFx before and did not envisage any problems. But there were. ArtVanGo has stopped selling JetFx and that was my last sheet. I have two packs of a replacement from ArtVanGo so used a sheet of that. Well, this requires a much hotter iron for the transfer and I ended up with a nice text but a badly scorched piece of bookcloth. Hence just the title because I had printed off four spares for the spine on JetFX. The major problem for bookbinding with a fabric cover is the titling. It is okay is you are binding a blank book and do not need any text but, if a printed book is being bound, it is quite different. If you are using a tightly woven cotton such as is used for quilting, then a method like JetFx works well. Otherwise you are in for trouble. 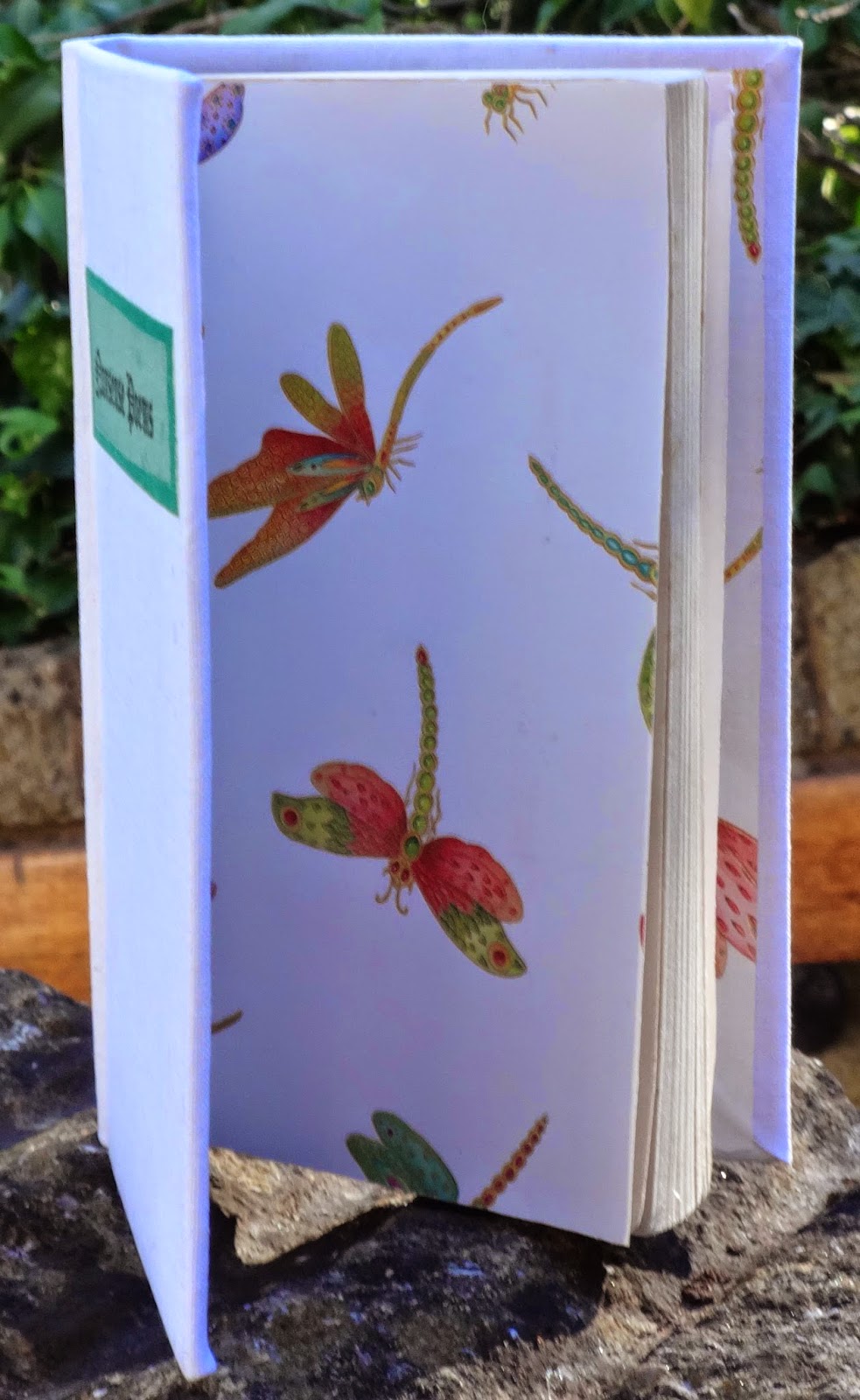 I chose dragonflies for the endpapers as being mainly white (to match the white linen covers) and light and airy like Edward Lear. I have also to report that the purple smudges on the cyano printed cotton have faded considerably and are now pale grey smudges. If I were doing this again, I would consider very carefully how the fabric was dried.
Posted by Pat at 08:24