I have returned from Antwerp. This trip with Anne was organised months ago, before there was any thought of the Frank Lloyd Wright trip. My feet which emerged undamaged from the Camino and the USA have been seriously damaged by Antwerp because I wore smart shoes. Covered with blisters and definitely out of action for a few days. We did have a good time. Two marvellous museums, several high class meals and rather a lot of shopping.

The Fashion Museum had a special exhibition on about the use of feathers in fashion. This is one of the more extreme examples. There was Marlene Dietrich's coat of swans down which used 300 swans. I don't think I approve of that. I would not wear any of the clothes myself but they are beautiful. The one garment I did covet was

a silk coat printed with feathers, designed and made by Hermes. The exhibition is well worth seeing. 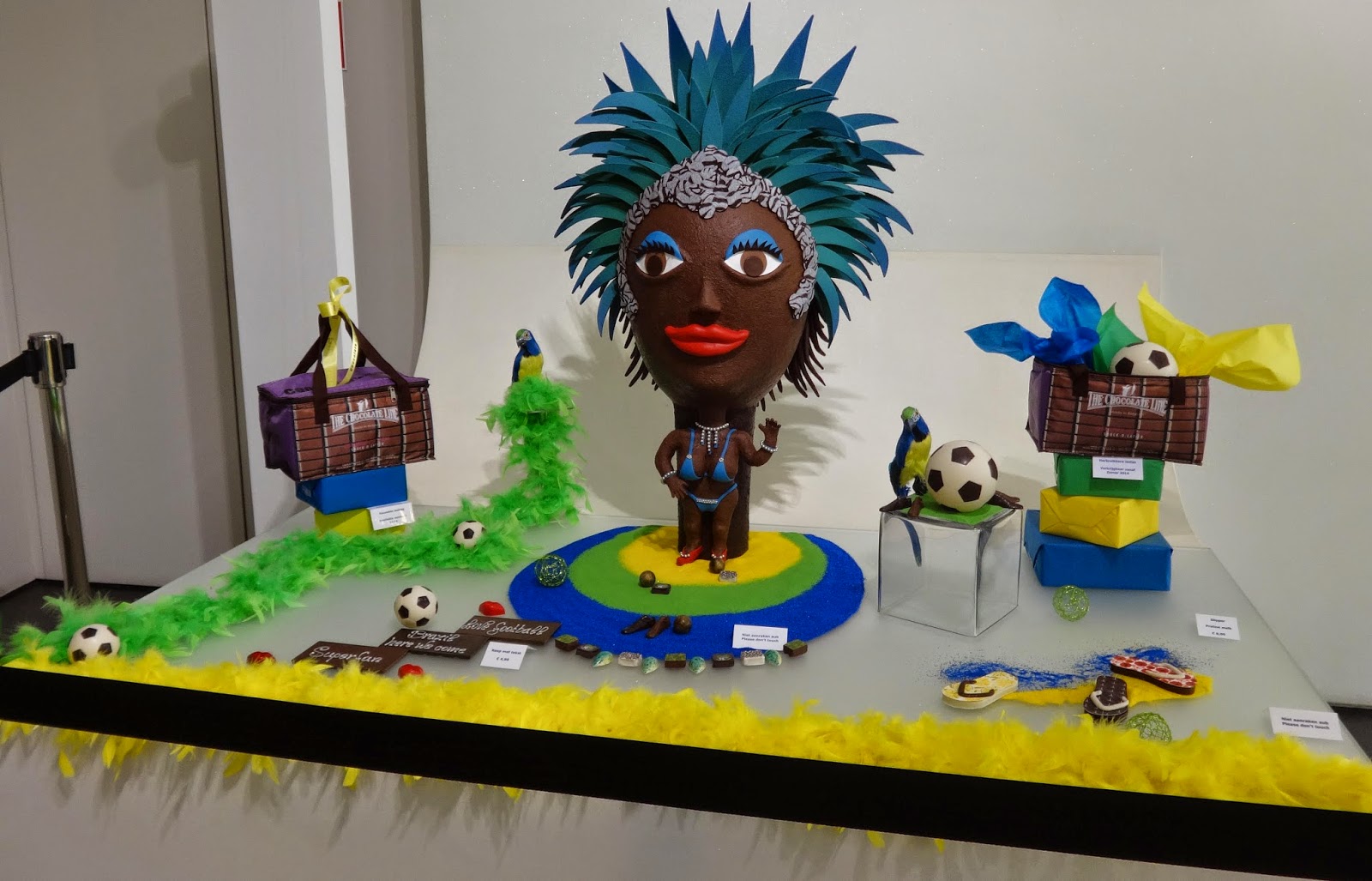 as was this display of a chocolatier's art in honour of the World Cup. Anne bought a box of weird flavours for her husband. Examples were chocolates flavoured with fried onions, Havana cigars, and curry (not all at the same time).

The other great treat was the Plantin-Moretus museum which is the printworks of the great Antwerp printers, started in the 15th century. I could stayed for hours. 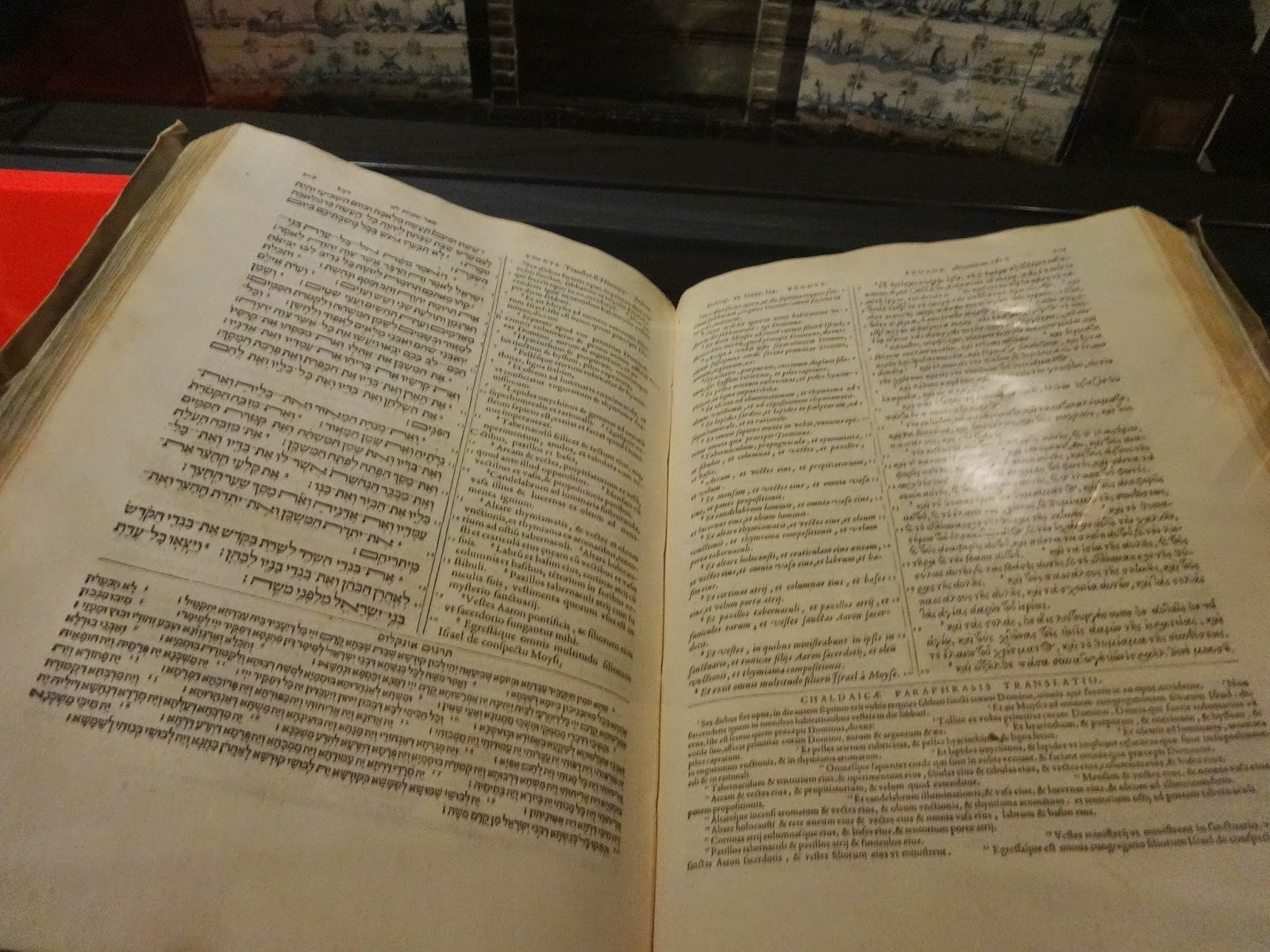 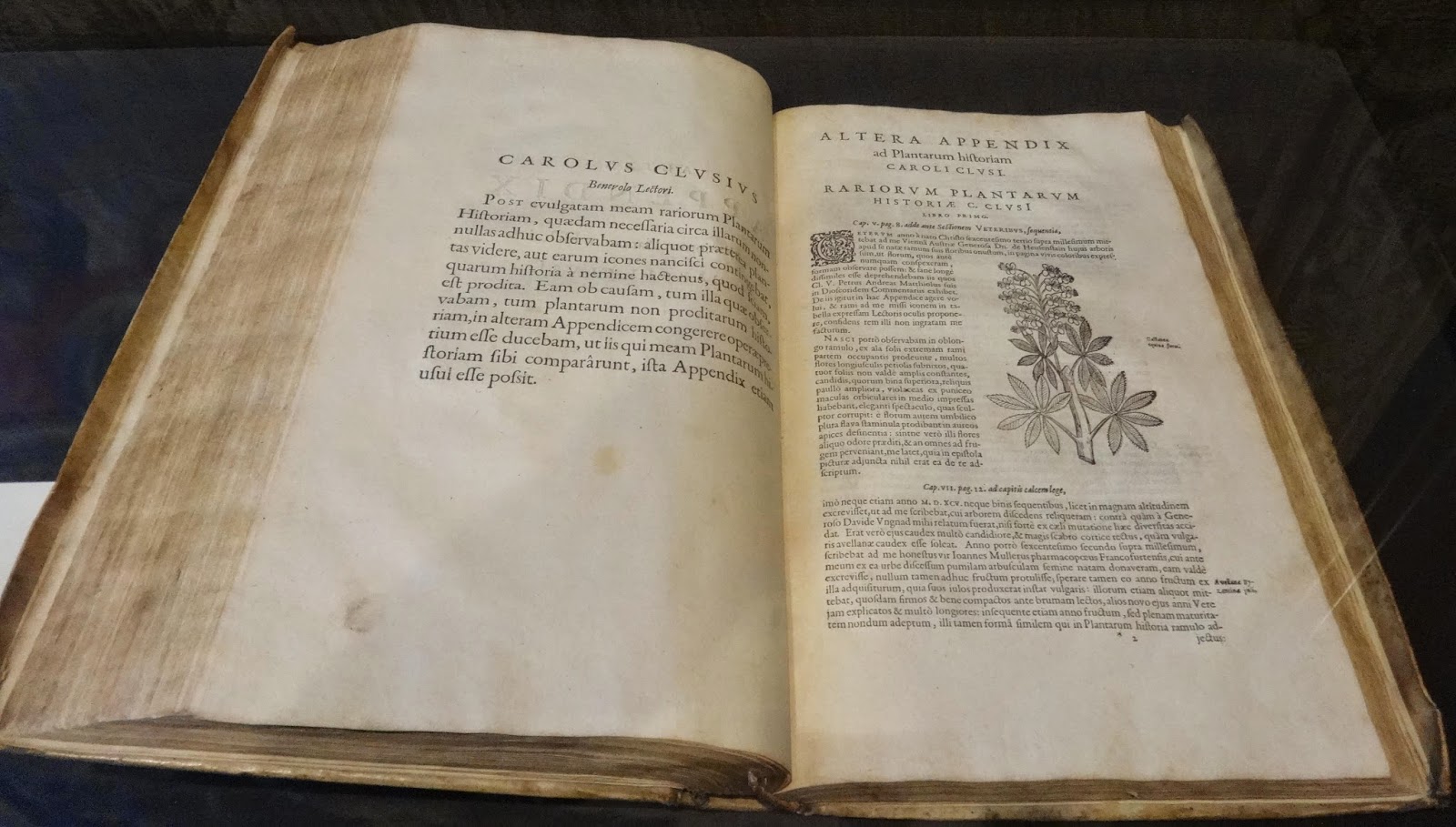 This was great interest to me. It is Clusius's great work on botany. He was the first of the modern botanists and described many plants for the first time. 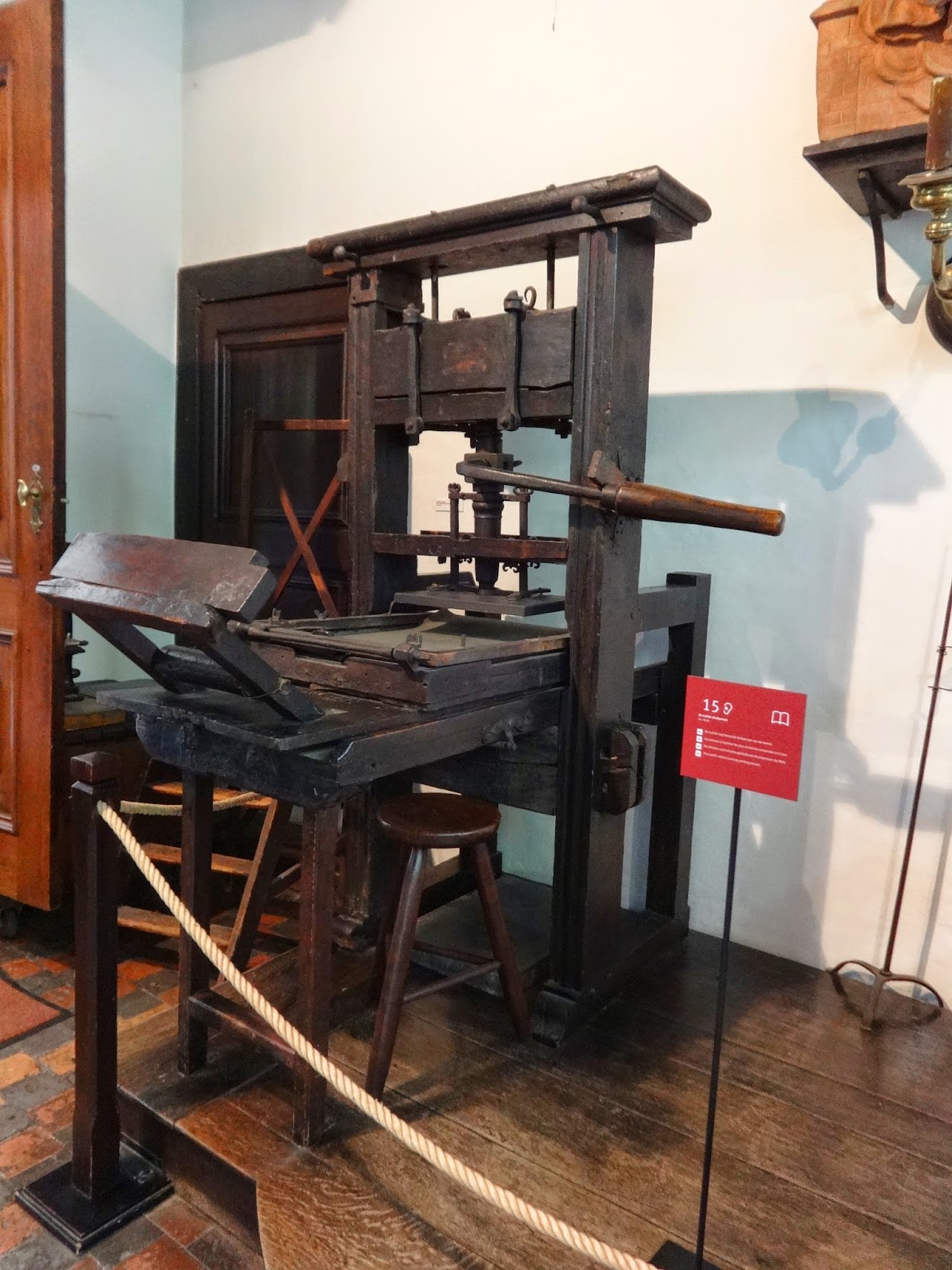 And here is the oldest working printing press in the world. They have two of them, 16th century. I found the place awe-inspiring. So many famous books came from this building. So much influenced the world's development. UNESCO have it high on their list and the City is very proud of it.

Antwerp is not very touristy and restaurants have a hard time remembering where they put the only menu in English they own! A really nice place. There was a music museum which we walked round and an Art Gallery which is full of Rubens. Which reminds me, the Moretus who founded the printers went to school with Rubens and had portraits painted by him of all his family. They still have these in the works which is a mixture of house and works. One comment by the guide was that the works were always inherited by the most competent child, not by the eldest son which, he thought, accounted for the fact that it was still a family firm in 1980.

So I am back home for a few weeks with loads of things to do and emails bleating about other things I need to do. I have better write a list and order my priorities. There will not be any walking for a couple of days!
Posted by Pat at 10:29