It is definitely the case that skimming the provided literature ensures that you miss something. On our last day, we had the morning to ourselves and I walked a long way to a Borders only to find it was a Station bookstall. Bah! In the afternoon, we were bussed to the airport with a detour to the Farnsworth house. Oh yes, the Farnsworth House. Wait a minute, you mean the Mies van der Rohe glass house? Yes I do. 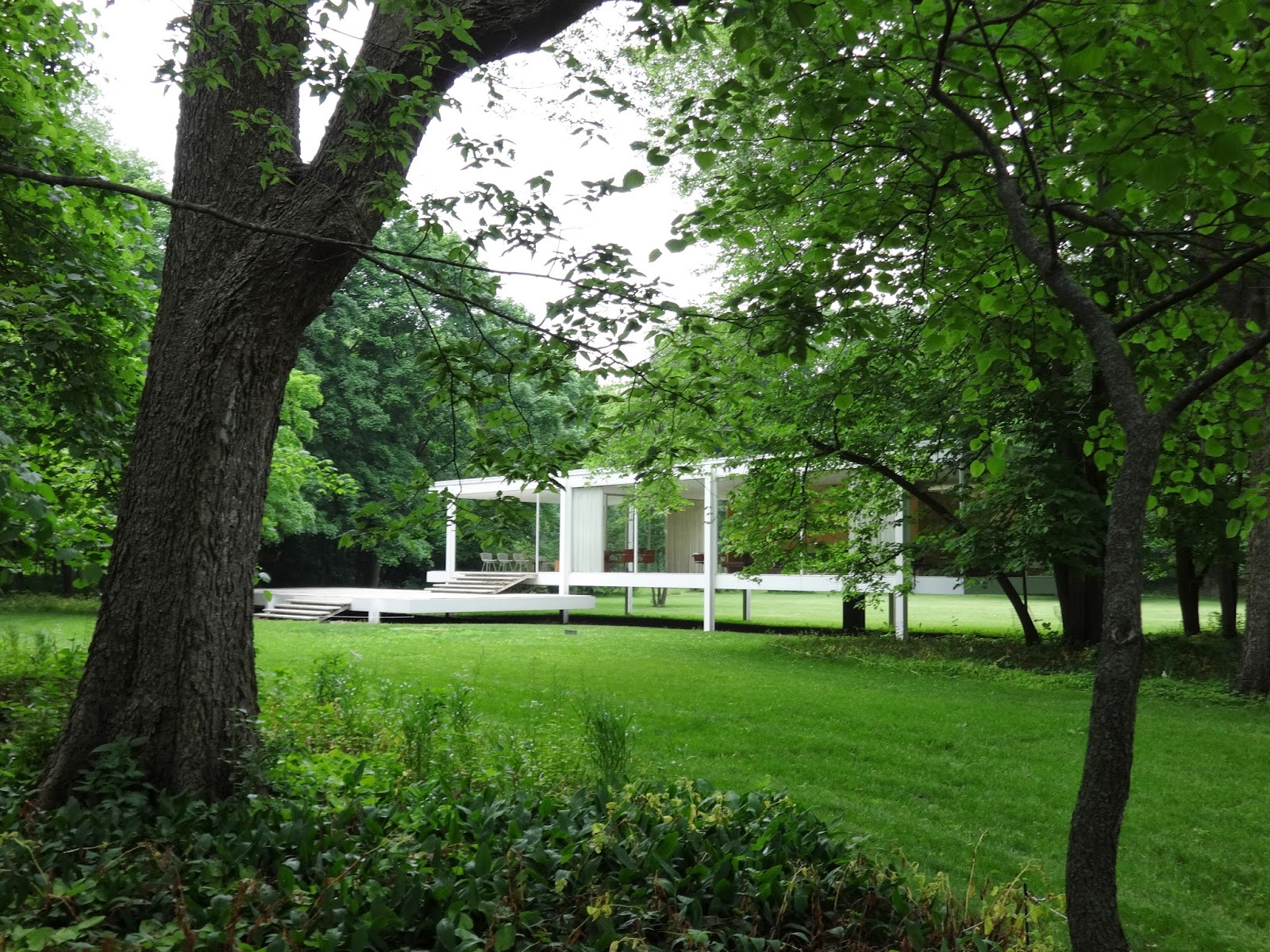 I knew about this in the sixties. It was built in 1957. It has always been my idea of the perfect house though I could never bring myself to live in a house where anyone could watch you going to bed. 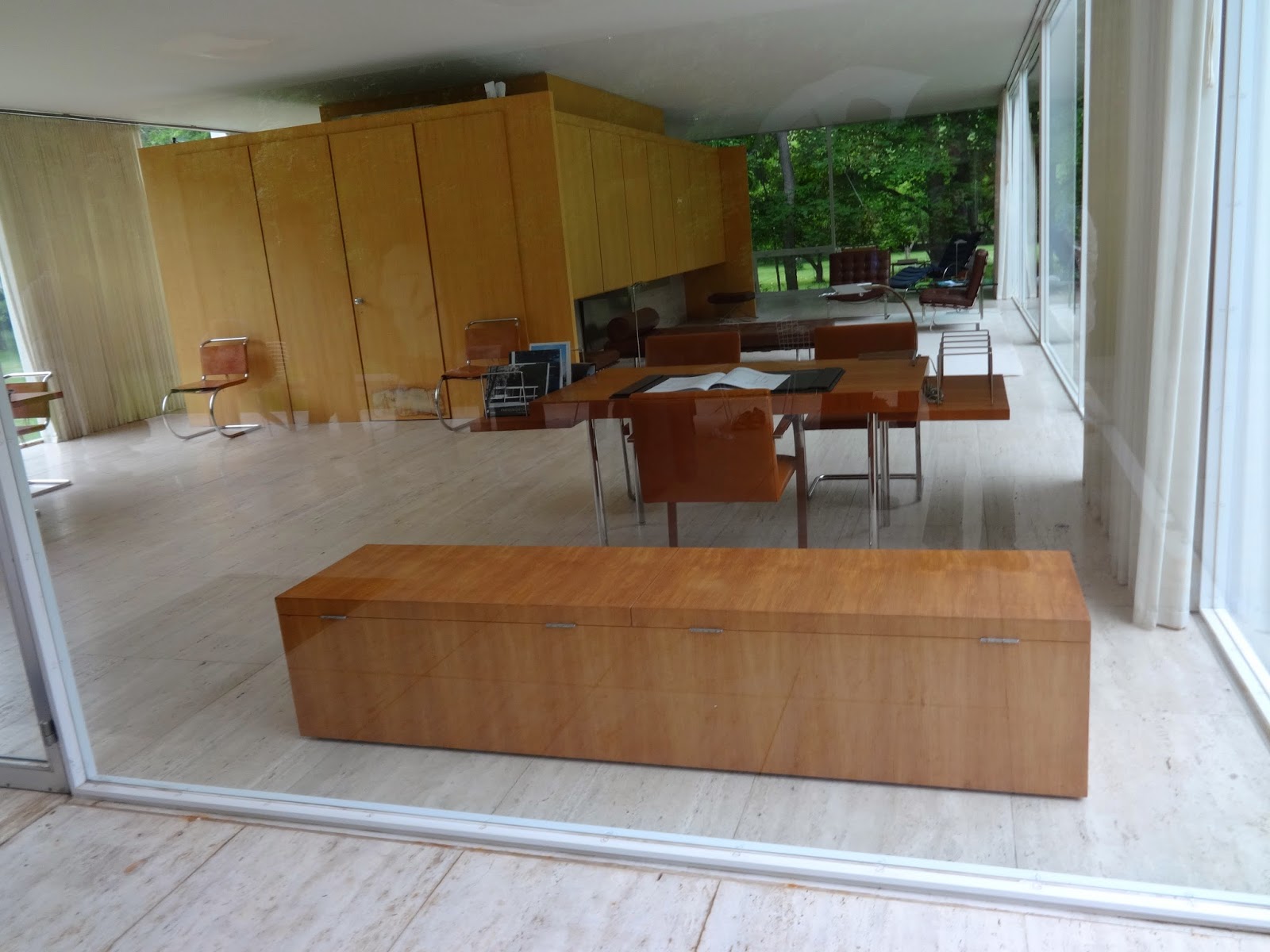 The inside is furnished with Barcelona chairs. Oddly enough the kitchen is very sizeable unlike Wright who clearly thought a lettuce leaf would do and he need only make the kitchen 5 foot square.

This last house was the icing on the cake as far as I was concerned. So what have I learnt? That Wright's houses look good but I would not live in one. The furniture is built in and an owner could never move anything. Also if you put family clutter into a Wright house, it wrecks the appearance. I admit they look great from the outside and his carpets and glass are high class. Everyone seems to agree that his chairs were very uncomfortable. Mies van der Rohe is clinically clean but the houses look great and his chairs are very comfortable. I really like them.

I still think the Meier house (see here) was best. It would be lovely to live in although the owners have managed to make the house theirs while not spoiling the lines of the house.

I have returned determined to clear the house of clutter and have started. All I have really done is realise that the only room I can declutter is the sitting room. Still it's a start. Michael believed in rotating things every six months which h is a good idea.