Gerhard Richter designed some gorgeous stained glass windows for Koln cathedral and these served as inspiration for some work done this year by Kennet Valley Guild of WSD. Everyone took part, spinners, dyers, embroiderers, weavers, knitters and everyone made at least one six inch square which was mounted on heavy card and then they were fixed to a black felt backing using Velcro. All the parts have been in my house for me to adding strengthening tape down the edges of the two big sheets of felt which hold 36 squares. I had already done the four little ones which hold 12 each. The point about the whole shebang is that every time it is put up you get a different appearance by mixing and matching the squares. I have to emphasise that my contribution was two squares and a bit of machine stitching and that an enormous number of people worked on this. The project was led by Rosie Price (who is a nutcase about Richter anyway). 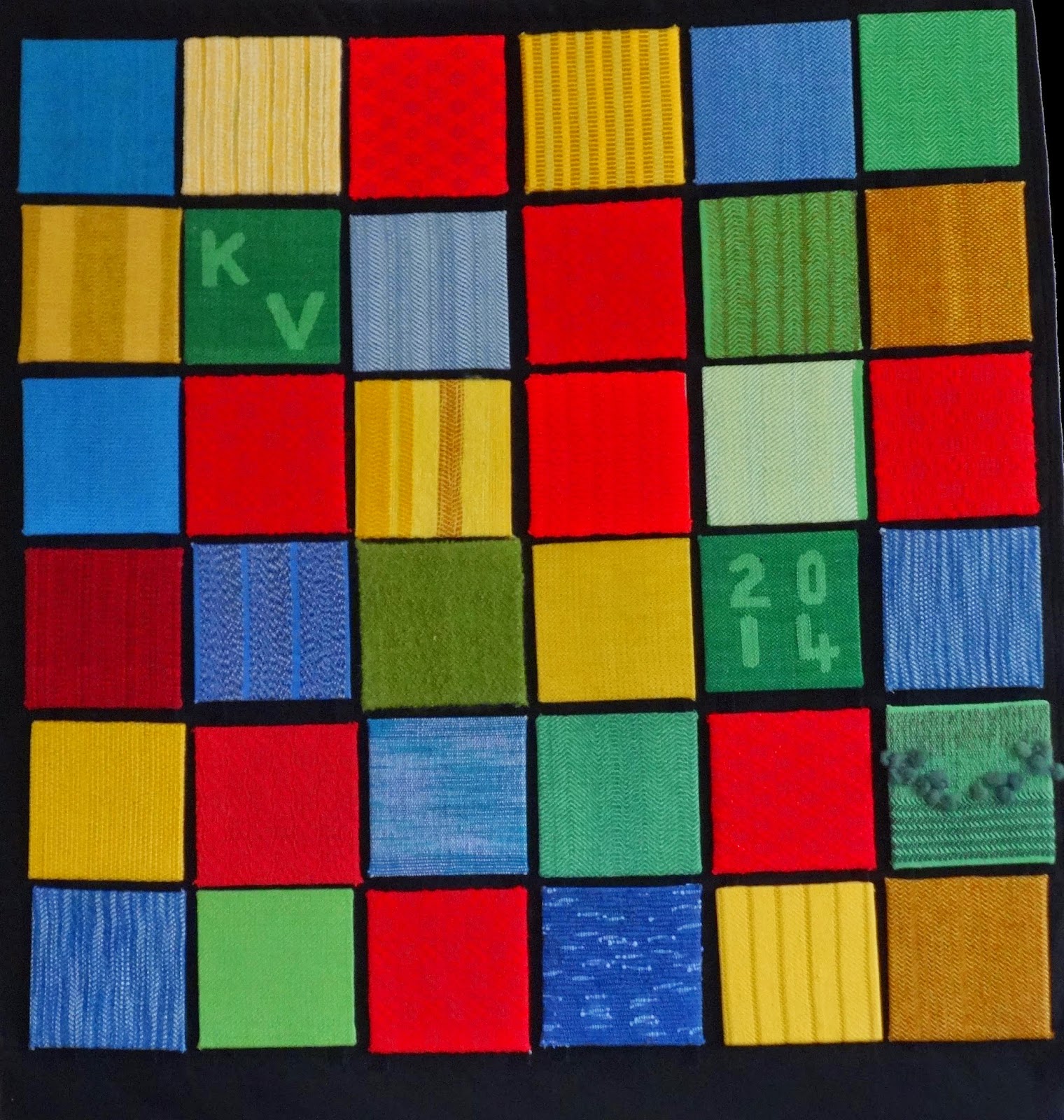 A
A hanging with 36 squares 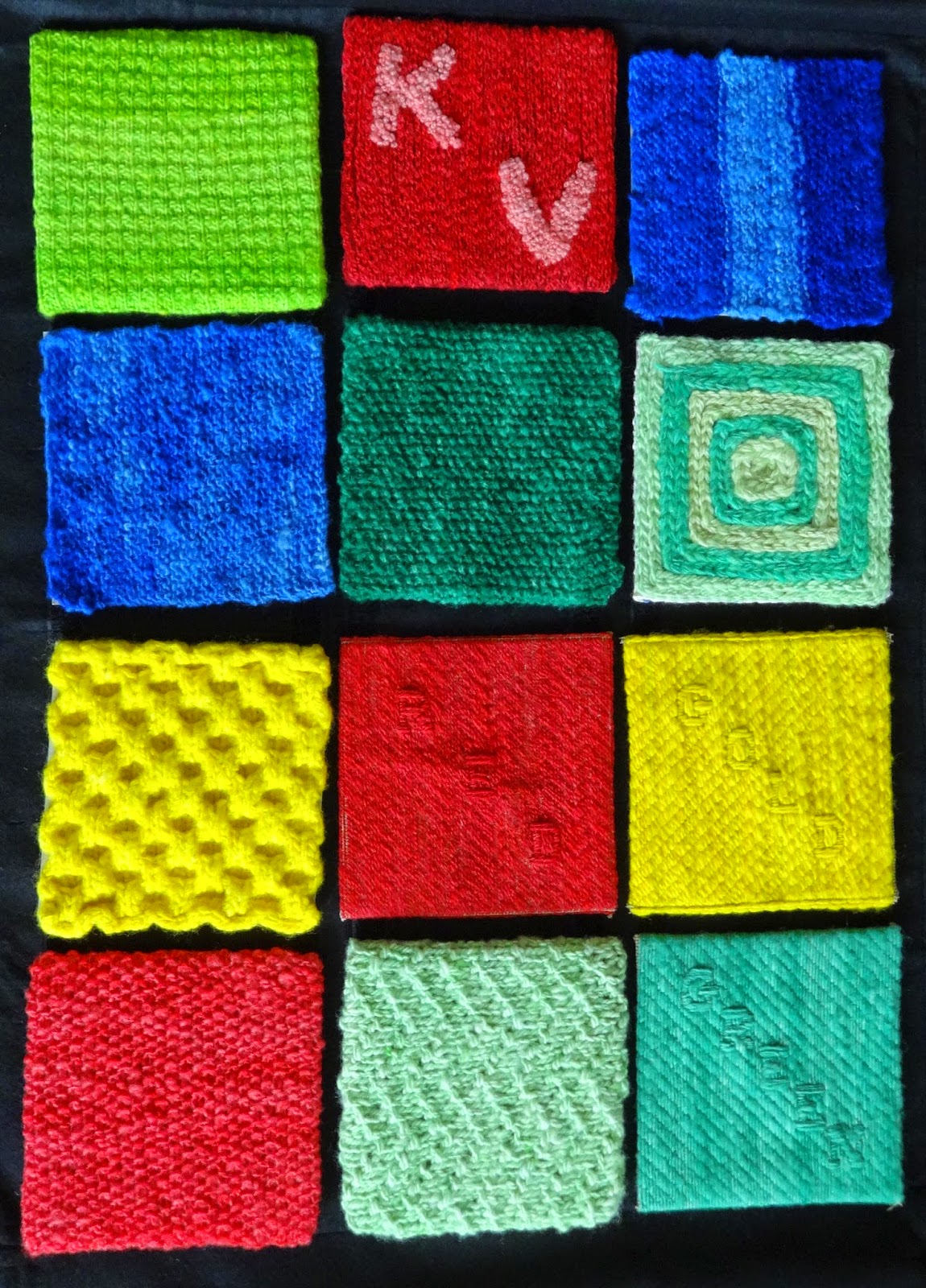 A hanging with 12 squares
All very colourful and a showcase of methods. I took a lot of photos and it all took a long time, crawling round the floor, sticking the squares onto the felt backing, standing back and saying to myself, 'I don't like that much and changing it all again!
The fabric for the Small Newbury Coat is dry and has been pressed. I have put on the warp for the Hana-ori. I will start on the threading up later today.