Xian has a mosque but it is not at all like any other mosque I have seen! It is built like a pagoda and the decoration is flowers and birds and dragons. The minaret is no more than a high pagoda, nothing tower-like about it. Lotuses growing in basins of water and centuries old bonsai.

There was a lively market around the mosque. Some of it was tourist tat but mostly it was for the locals who were all eating on the hoof. Lots of strange food for sale. Afterwards we visited the White Goose pagoda. A whole room telling the life story of Buddha - in jade of various colours. And another doing the same in carved wood - spectacular.

But we were pushed for time and I did not get to see the document display which is based in documents brought back from India to set up Buddhism correctly in China. Then it was off to another Emperor's tomb, complete with an army of servants. This is only one third life size and nothing so extensive as the Terracotta Warriors, nothing like so touristy either. The layout was first rate and we had a good guide. Much superior to the Terracotta Warriors in my opinion.


Then to the airport for a flight to SHanghai, arriving at hotel at 1030. Today ( Sunday) we are having a day off to do what we like. This is the first such day we have had in the whole trip and the group is scattering in all directions. A group of us are heading for the Fabric Market, some are off to see the pandas at the zoo, some are going to the Bund. We meet again at 0700pm for dinner and to compare purchases.


Internet is not functioning here - again!!! 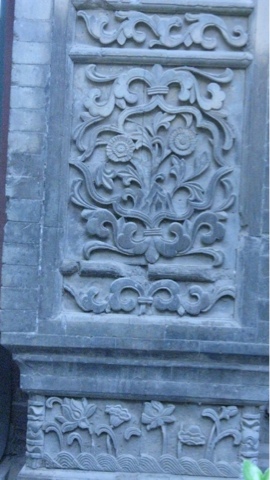 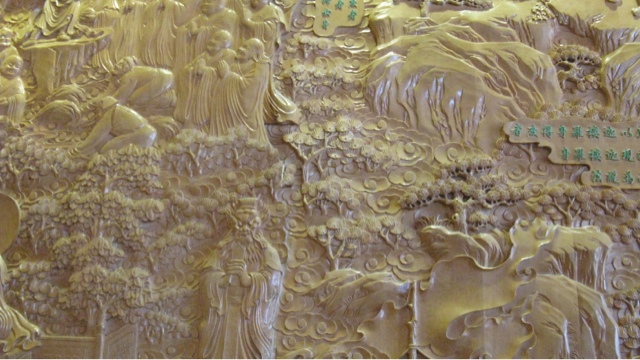 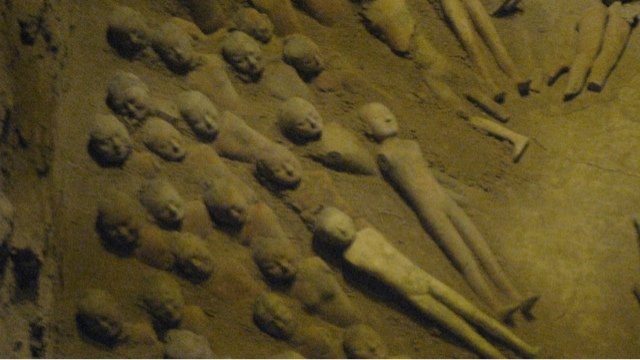