They say there has been a livestock market here for 2000 years. It cannot have changed much. Cows, sheep, goats milling about with their owners. Tremendous din. The cows were much the most difficult to be negotiate. If a cow was in the way, the locals just hit it on the rump and yelled. I did not feel quite up to that!! They might not understand an English yell. At one moment there was a lot of yelling just behind me and I looked round to see a bull determined to make a run for it while its rather small owner did an ineffectual job of hanging onto a rope. I did what the locals did - ran for it.


I have never seen so many sheep in my life.


There were goats and a special section for horses. This was because prospective owners get to have a trial gallop. Two of the horses were very splendid and were by themselves with an admiring crowd round them. There were carts for sale. Which were also tried out at high speed. 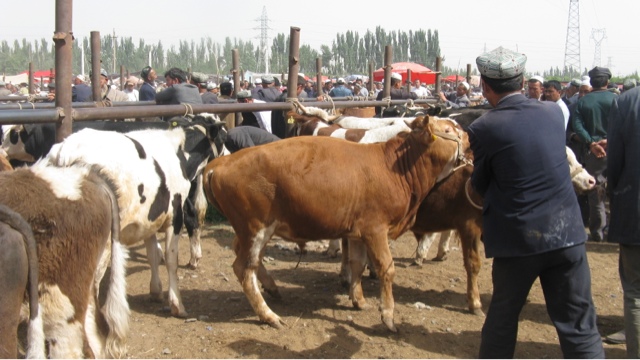 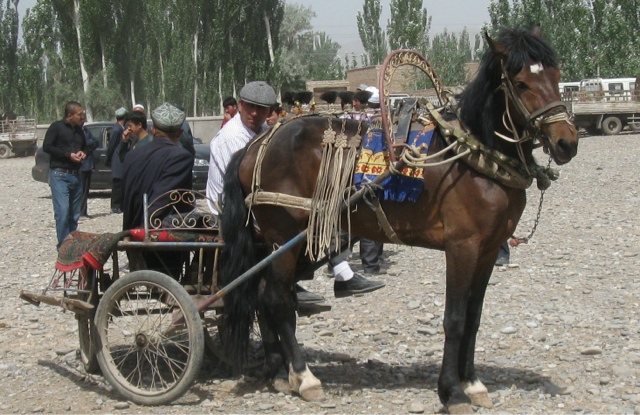 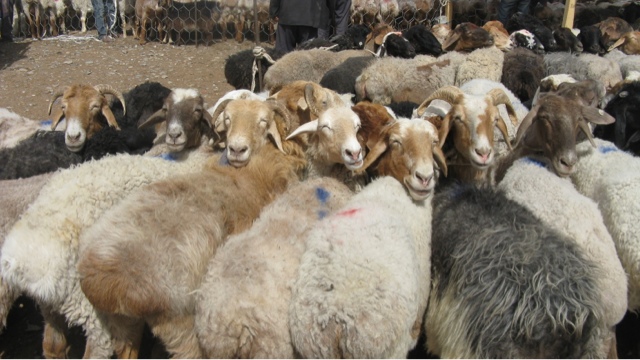