Suzhou on our last day

June 4th was the last day. On the fifth we all go home. So it was nice that Suzhou turned out special. It is a two hour bus ride from Shanghai and first we went to No 1 Silk Factory where we saw yet more silk worms chomping their way to becoming cocoons and yet more cocoons being unreeled. I think I understand the process now! Then we saw jaguar looms four of them. The main production has been moved out of the city so we did not see that. We were then let loose in the shop. I was interested in yardage but the brocade from the jacquard looms was not of pleasant designs nor was the simpler silk fabric. We have seen much better designed fabric further West. But I did buy two metres of an ivory/black geometric design to be a lining for the Chanel jacket I will be making in July. After the silk factory we went to a very unChinese cafe for lunch where we ate good pizza and drank first rate coffee. And then to the highlight of the day which was one of the gardens of Suzhou. Superb. I cannot think why more gardens were not included in the trip. This is the only one but it is rated as one of four best in China.

It is quite small but every square foot is used sometimes twice. You have a window out of courtyard into a second courtyard which has a window showing another bit of garden beyond. Very three dimensional - and a wonderful collection of bonsai. The photos below give a flavour of this wonderful place.

Later we made it to the silk museum where we saw five drawlooms in operation, including one which gad a draw boy on top manipulating the strings controlling the pattern heddles. The weaver only throws the shuttle, the draw boy does all the difficult work. I intend to write this all up on my as- yet-unstarted website! 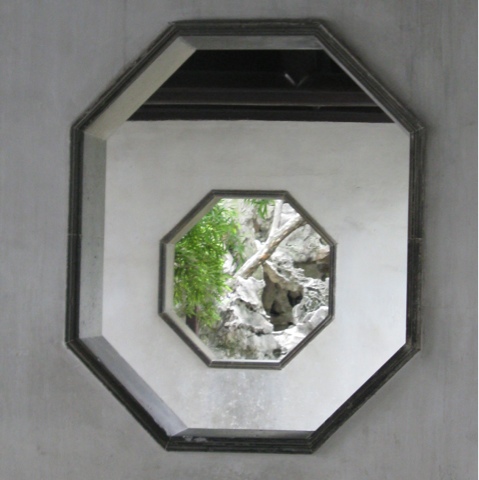 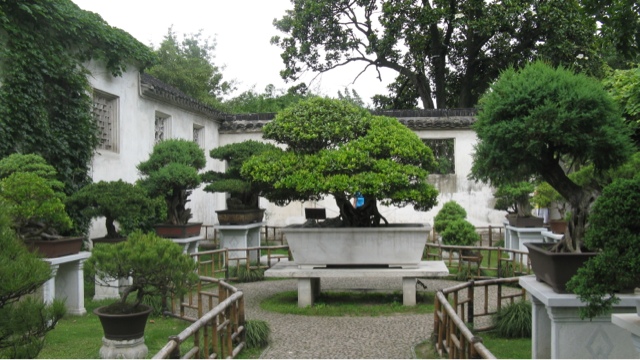 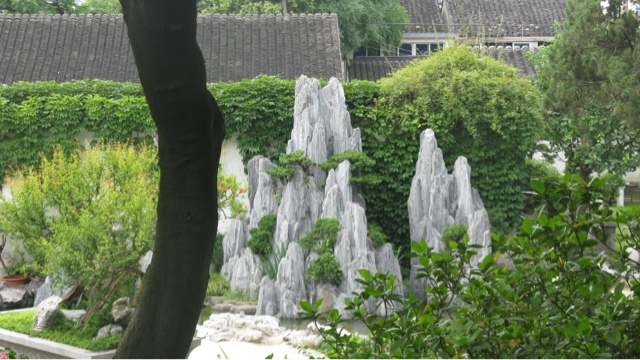 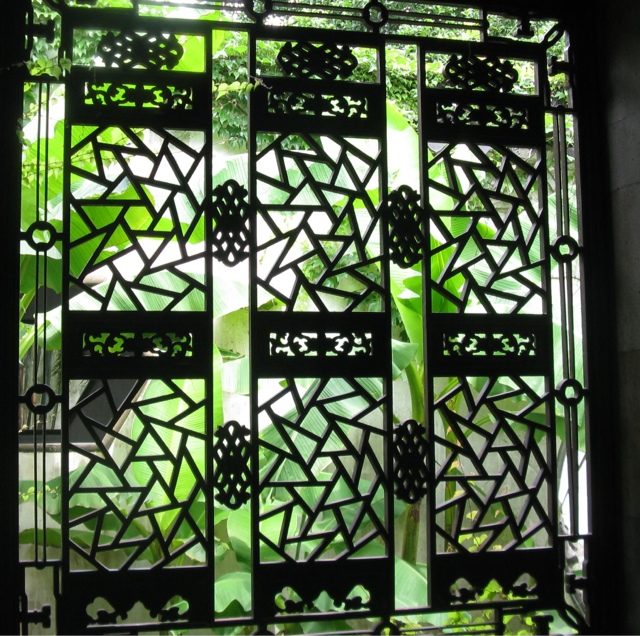