The roads over the mountain from entry to Kashgar are not good and it was another bone breaking journey. We arrived at the hotel at 11pm to find the city a large modern one with masses of neon lighting.

We started the day at a Silk Route museum which has not been dusted since it was built. It had a few beautiful silk robes very fine cloth but very old and rotted.

We went for a walk through the old city and found ourselves in a long street of blacksmiths. Hinges, trowels, wheelbarrows, you name it, if it was of metal they made it. Then lots of wood turners, then spice merchants and medicine shops with dried scorpions and snakes. I bought flower tea at one shop which half and half green tea and dried rosé petals.

After lunch we visited the mosque said to be the largest in Central Asia. It can take 10000 people at prayers but architecturally not special then back to the hotel to fight with the Internet. I am having trouble here and used Debbie's computer to access my email. My SIM card is supposed to be global but it has not worked since Turkey. I thought it might work in China but not here which is the Western part of China.

Had dinner in Chinbagh which was the British consulate in McCartney's time (1890 to 1914). It could do with more careful renovation but we sang Rule Britannia and toasted Britain. Dinner was Chinese and was very good. I particularly liked the aubergines, tomatoes dish and asked for the recipe but nothing doing. 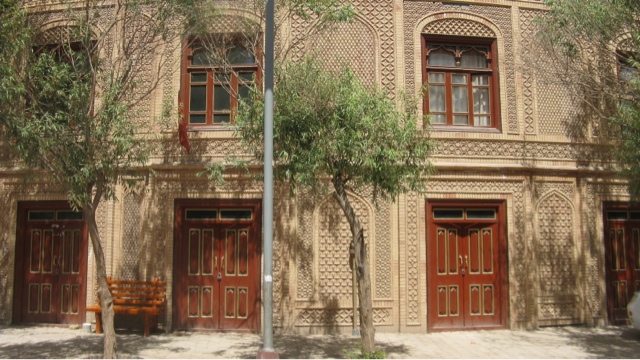 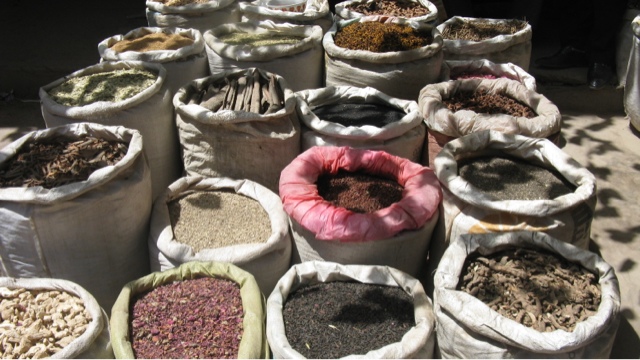