A Nice Day Out

Yesterday I gave a talk to Hampshire Guild and, since it meets in Winchester and does not start until lunchtime, I left home early and went to Hilliers Gardens. Michael was a great fan of Hilliers when they ran their own nursery. They issued a catalogue (not a photo in sight) but he knew that, if you wrote to them, they might have that special plant which did not appear in the catalogue. The gardens now belong to Hampshire County Council and they are making a good job of upkeep. Lots of people there and the cafe is good. I recommend a visit. 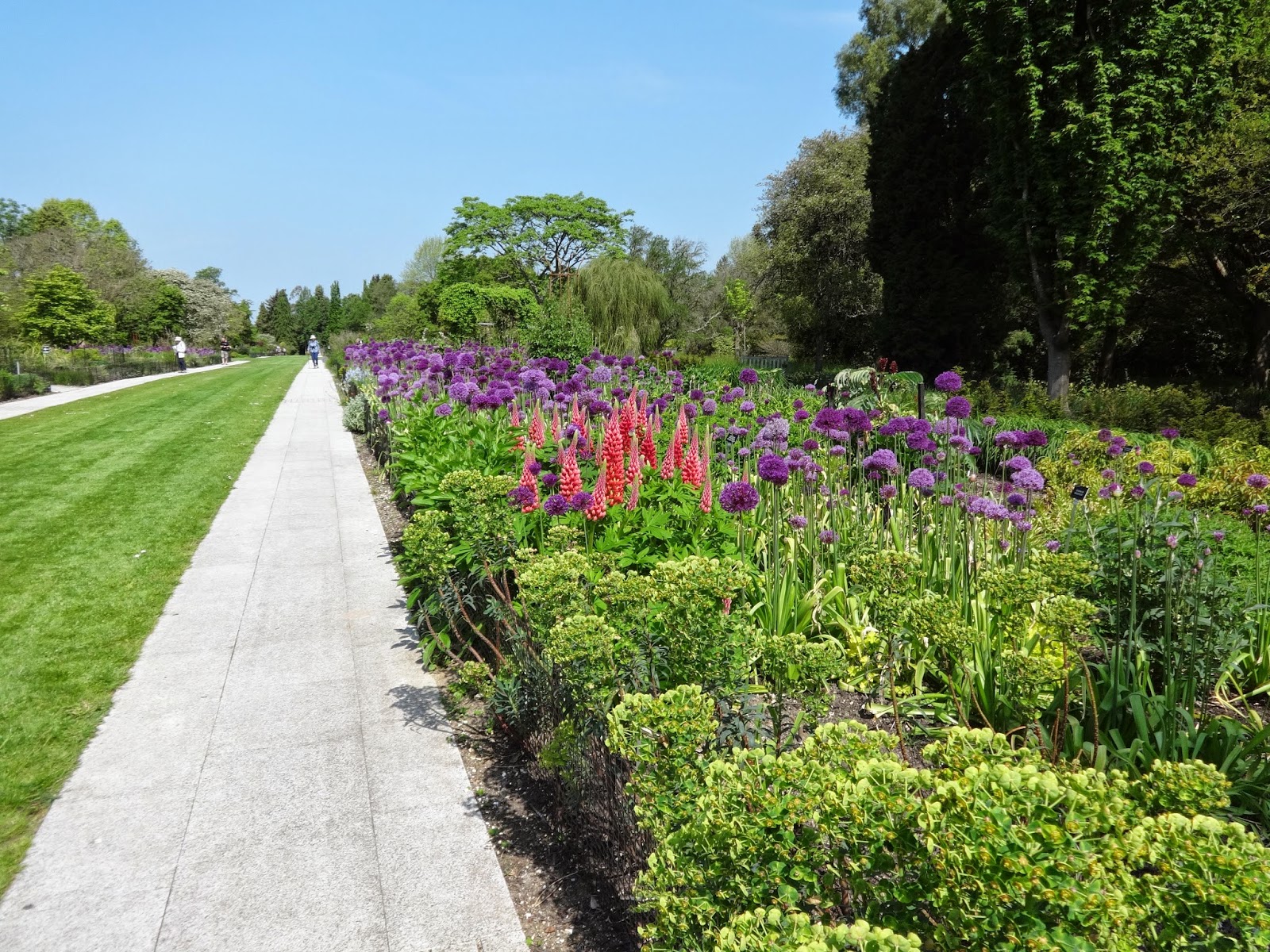 This is the Centenary Border, just starting to be colourful. It must be magnificent in July/August. They had a big planting of Paeonies but the tree peonies were over and the herbaceous ones were just showing colour. I would say they were a week ahead of Malvern. 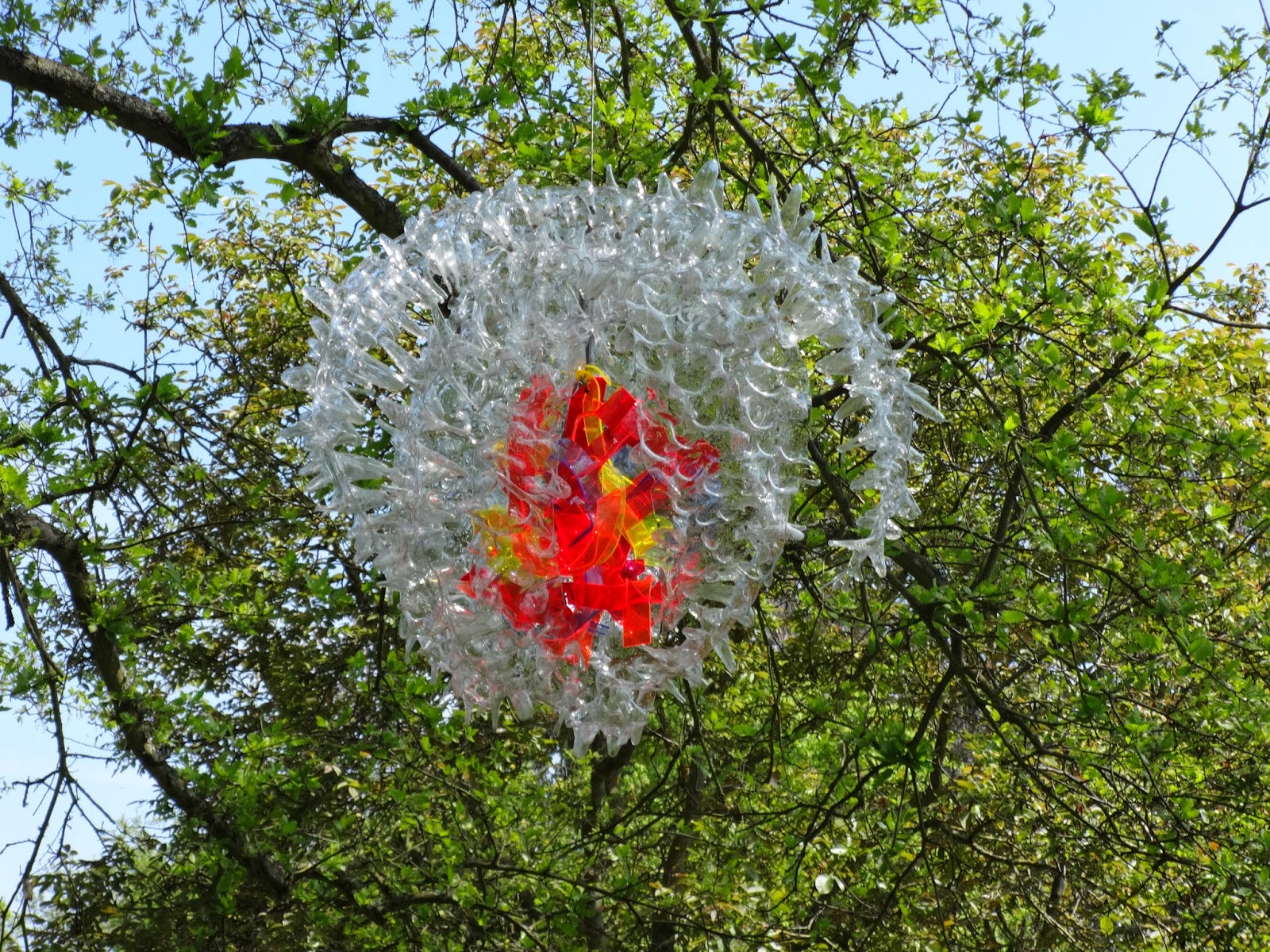 There were a number of sculptures for sale dotted round the garden, mostly bronzes and rather good. However I was taken with the one above. Called 'Cocoon', it is about two foot across. No other sculpture was suspended from a tree!

The talk went off without calamity. They asked loads of questions and were very interested. I was dubious about the actual demo because how do you demo to 40 odd people? Well they had the solution. Drag the table into the middle of the room and rearrange the chairs so they formed a wide oval. And everyone could see. I hope I have encouraged them to rush home and try acid dyeing for themselves. To tell the truth, it was all rather enjoyable. They are a very friendly bunch.