Today we were bussed to Granada and spent the morning in the city. The Cathedral and the Royal Chapel where Eleanor and Alphomao are buried are Baroque in gold and very ornate. After lunch we went to the Alhambra and had a guided tour. The number of steps did for my knees! 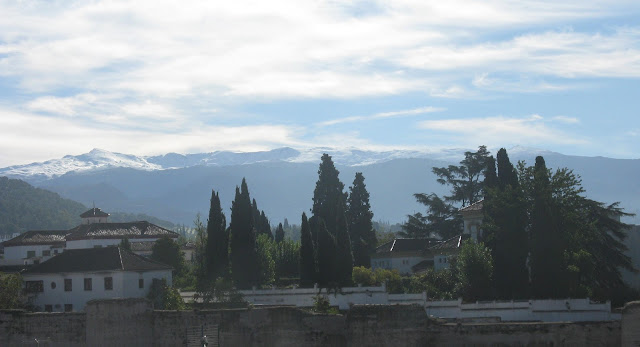 The Sierra Nevadas behind Granada - with snow on them. The amount of snow visibly increased over the day. 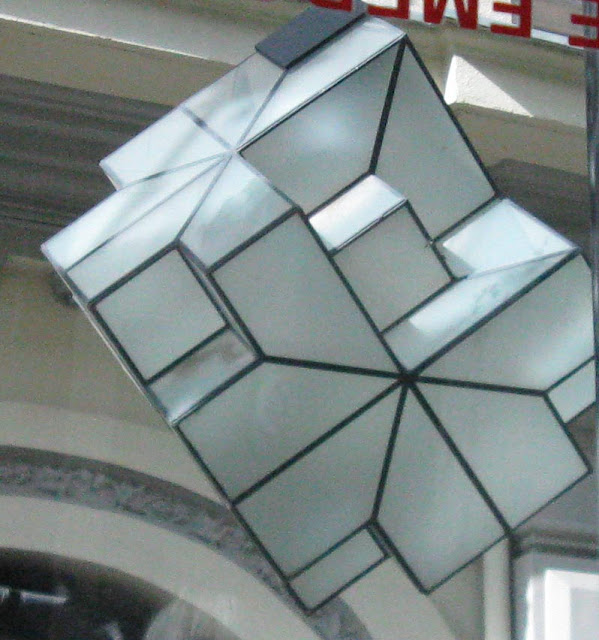 The world's most wonderful street lighting - Art Deco fixtures on the whole of the main street. A visit to Granada is worth it just to see these.

The pavements are decorated in this technique everywhere. It is a combination of yellow/brown pebbles and dark grey pebbles. This piece is about 8 foot square. 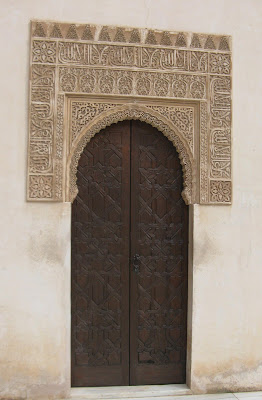 Then to the Al-hambra which is every bit as beautiful as everyone says. This is a doorway - just a little doorway, nothing special, not something the Sultan would use. 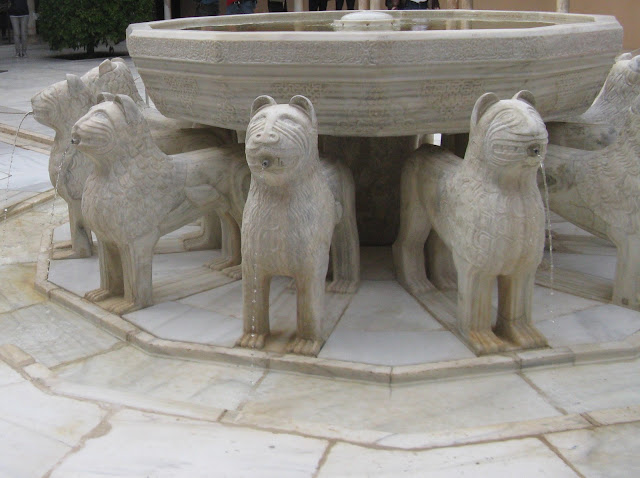 The fountain in the Court of the Lions. No two lions are the same. 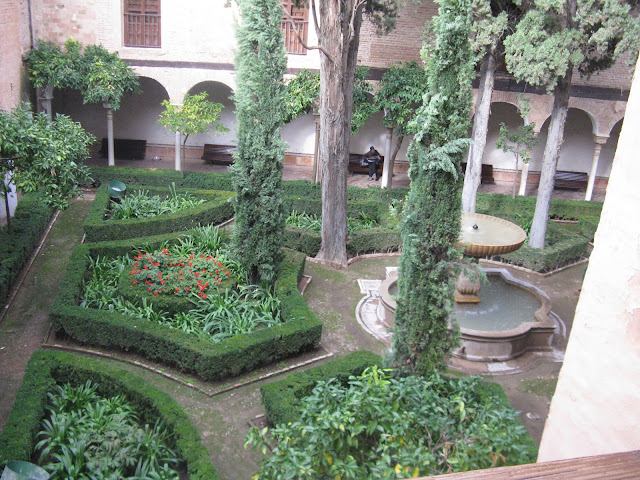 And the view out of a window into a small courtyard. I have not shown photos of the intrictae decoration on the walls and ceilings. There was a lot of climbing up and down steps and my knees protested a lot. We sat for 20 minutes in a lovely garden at the end. There was silence on the bus going home as everyon snoozed. Where are the textiles you may ask. I saw a few in the Royal Chapel but nothing to catch my imagination. I would prefer to go round the places we saw today at my pace but this will have to do. Tomorrow we are meeting up with a friend of Dorothy's. The day after we have Cordoba.
Posted by Pat at 19:55