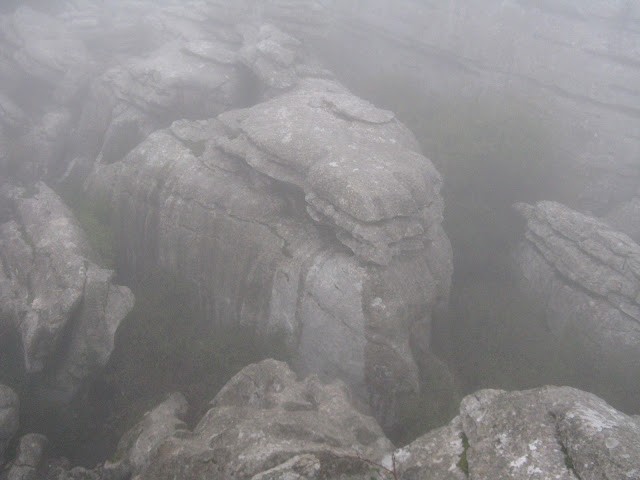 Rocks and Limestone Pavement - on a large scale in El Torcal, a park not far from Anteqera. And yes it was very foggy. Visibility down to about 10 metres. What we (my sister, Dorothy, and myself) could see of the landscape was spectacular. 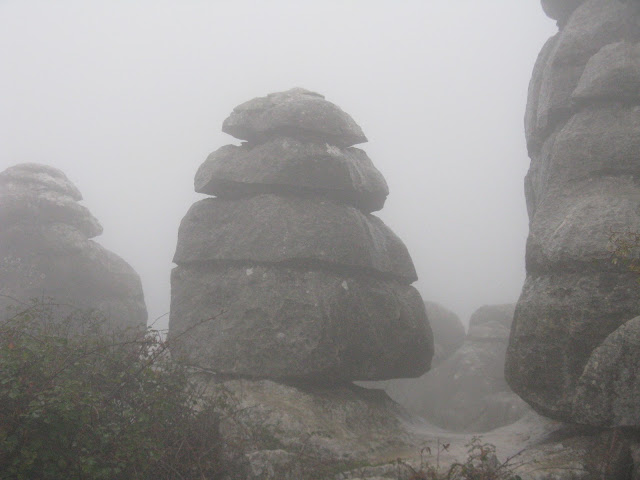 The central structure above is about ten foot tall and there were many such shapes about, some even taller. Lichen on the rocks and some flowering autumn crocuses growing wild in amongst the rocks which was very nice. We were taken up to th  top of this massif in a bus - hair pin bends and all - from Anteqera where we are staying for a week.  Then it was  down the mountain where we got good views once we were below the cloud level. 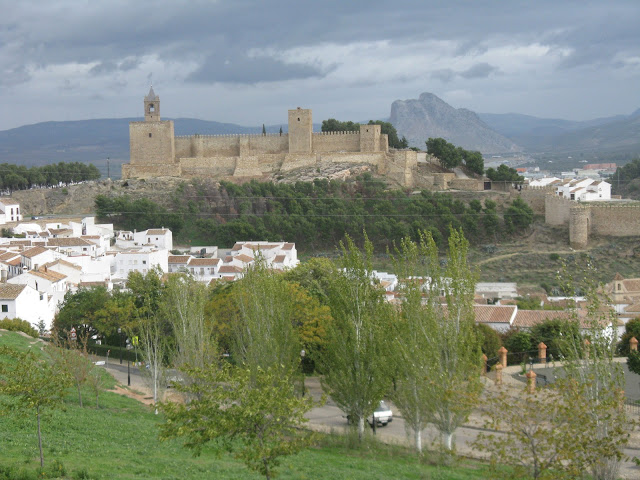 This is a view of Anteqera fortress, built by the Moors and strengthened by the Christains. The white houses in the foreground are the Old Town. The modern town is to the left. 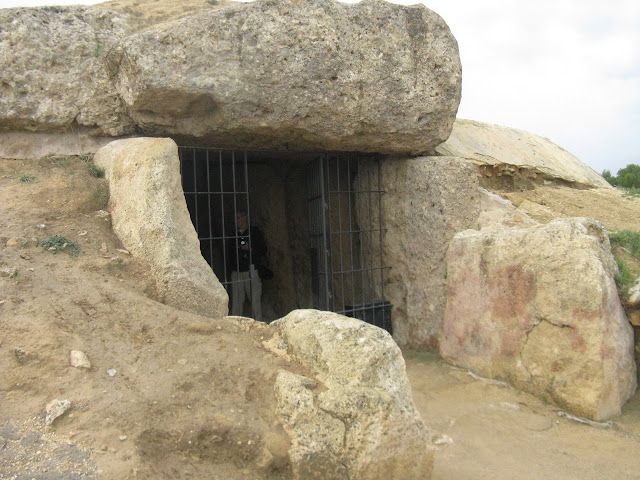 This is just on the edge of Anteqera and it is a 2000BC dolmen. You can see the scale of it from the person-sized date. It has a passage 25 yards long into a central section. Some of the stones involved weigh 70 tons. There was a video about how these were built which I found unbelievable since it requires an amazing organisation. So that's it for today. Tomorrow we are off to Granada and the Al-hambra.

We went round to a supermarket yesterday after eating lunch here - poor and very expensive. So today's lunch was cheese sandwiches made by us- good - and a Spanish mango which was marvellous.Dinner was okay-ish. Tomorrow we are going to try eating out in Granada although Dorothy is very dubious and thinks our cheese sandwiches will prove to be better. So it is my job/duty tomorrow to find a good place for lunch.

I should have said that we are with a conducted tour organised by Page and Moy. There are 32 people on it. It is the first such a tour I have ever been on outside the UK. I went on the Martin Randall tour in the Midlands earlier this year but that involved fewer people (11). The Page and Moy organisation seems rather better than Martin Randall. When they say ' we shall leave El Torcal at 1100', some how everyone is rounded up and on the bus and there is never any sense of pressure to swallow down the hot coffee.
Posted by Pat at 15:30