Yesterday was spent getting from Delhi to Shimla which is in the mountains at 7000 ft. So  taxi toairport, plane to Chandigarh (so far so good), car to Shimla, afourhour drive . It was motorway for the first 30 minutes then a two lane road which is being upgraded to a four lane highway all while there are cars, lorries and motorbikes trying to get somewhere. A nightmare but our driver did not seem concerned. We stopped for lunch and had very good vegetable curries. It cost £8 between  the two of us! I

The hills are incredibly steep. I took a lot of photos but it was raining and there was a lot of distortion. The best are below. We are staying in the Oberon Cecil which is 150 years old though it seems very modern so I guess it has been rebuilt. Very posh. The staff are a bit snooty whereas the Leela Palace in Delhi which is just as grand had very friendly staff.   It cannot be that we arescruffily dressed because the rest of the guests are just the same as us.  Anyway they have given us a suite which consists two large rooms and several minor ones. The devastation on the bed has to be seen to be believable see below.

Today we are off to see if we can track down our family home. 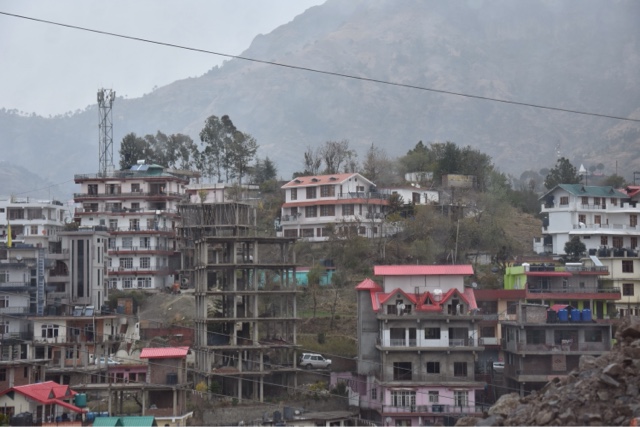 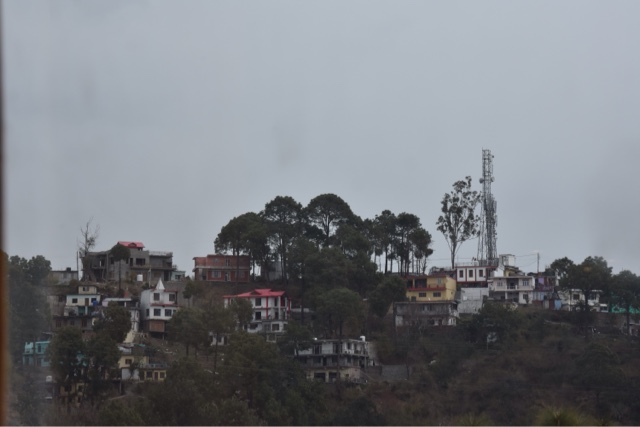 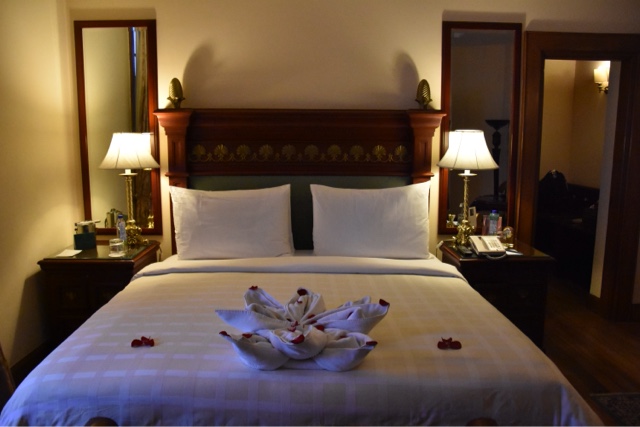