On Saturday we ducked out of going to Seville as thunderstorms were forecast for the whole day and everyone else came home soaked. We pottered into Anteqera to see the museum and were delighted. It is in an old palace with a wonderful courtyard and the antiquities are displayed in rooms around the courtyard. There is a new four storied building at the back where all sorts of other treasures are displayed. But first the historic exhibits. There are several displays relating to the dolmens (2000 BC) including flint arrow heads and axes, and painted pottery. But the most impressive display is of Roman items. Cases of glass flasks, mostly whole, mosaics from villas, painted stucco from villa walls, some first class inscriptions in wonderfully clear fonts, sacrofagi - and The Ephebe. This is a life size bronze statue of a young male and it is very good indeed. The upper floors are mostly paintings but they have a Treasury which is really a bank vault! In there they show and keep the jewellery belonging to three Madonnas (three different churches) which the statues wear when paraded round town. The jewellry was very ornate, emeralds, rubies, diamonds. All very interesting.

After spending a long time there, we walked back to the hotel in the sunshine - not thunderstorms! In the evening there was a flamenco display which was not what I expected. I had thought of it as being like the tango but it is much more a display dance than that. At least what we saw was.


Today we went to Ronda in the mountains which is one of the white towns. Mostly on a plateau surrounded by a gorge over which there were three bridges, Roman, Arab and New (1750). The town is very pretty and nice to walk round which we did happily until 1300 when the wind got up and the rain came in. After that we had a very long Spanish lunch and came home! 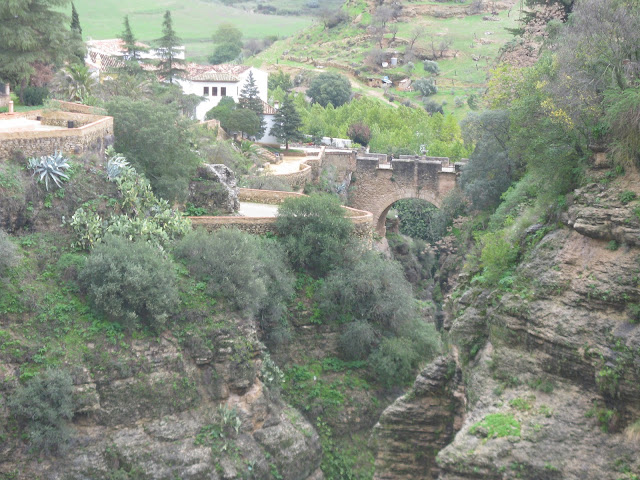 The Arab bridge at Ronda seen from the New bridge which crosses much higher up. The Roman bridge is round the corner to the right. 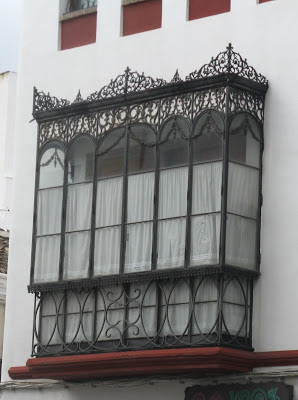 All the houses in Ronda have to be white washed once a year and have the wrought iron painted. This is a typical first floor balcony of wrought iron.

We were taken into  a private house which had a wonderful Moorish garden (but by this time it was too stormy for photos). But they had a good vase in the patio. 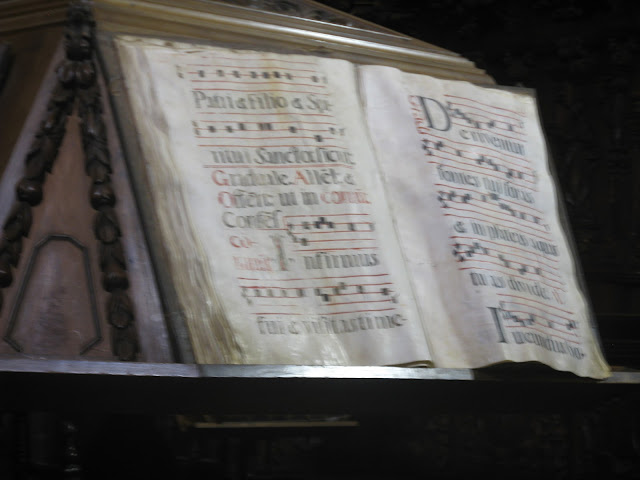 This book of ancient music was laid out in Ronda cathedral. I wonder if they sing from it. It seems unlikely. 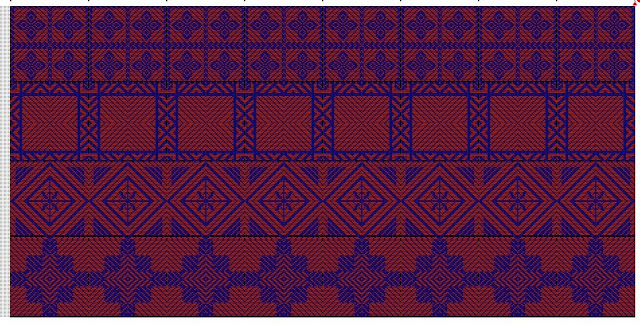 Based on tiles in the hotel. This is four designs put together.  But I do not like this particular arra ngement and I have more complicated arrangements in mind!! I have a huge list of 'Jobs to be done at home' and am looking forward to getting home.