I have been back home for five days and already the good done by my holiday has evaporated. In March I bought some tulip bulbs in Amsterdam to be delivered in autumn. A few days ago I have email saying they were on their way. Fine. Except that it seemed they would be delivered on Friday so we made sure one of us was in Friday - and Saturday. Nothing. Except that on Sunday the courier updated the tracking info and said they had attempted a delivery and failed. But not here they did not. At which I realised looking at all the paperwork , while I had entered my full address, the package omitted the house number and there are more than 60 houses under our postcode. So I emailed the sender and first thing I did on Monday, I phoned the Holland office. The girl there was very helpful and said she would deal with it. But still no parcel. Until today when the tracking info said Address changed. Item returned to sender!!!! GRRRHHH!! My temper is getting a little short about this **** package.

However on the bright side, Dorothy and I had a rather unusual and delightful morning. A few weeks ago I received an invitation from the Royal Horticultural Society inviting me to come early to their autumn flower show at Wisley and have breakfast with the staff. All very odd I thought but let's go. When we arrived we were personally met and given a name badge. I noted that there were 30 badges which seemed a very small number. Basically we had the run of the show before anyone paying was allowed in. Then we were guided by a member of staff to the posh restaurant and given breakfast. I still have not worked out why I got an invite. Just a mistake? Or is it because I have been a member for 55 years? Well I am not inquiring and we had a lovely time and bought lots of plants. 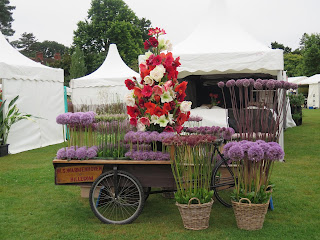 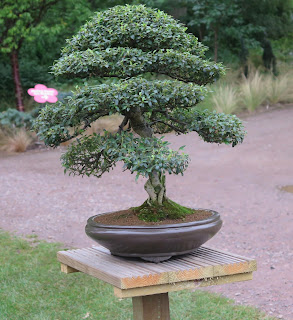 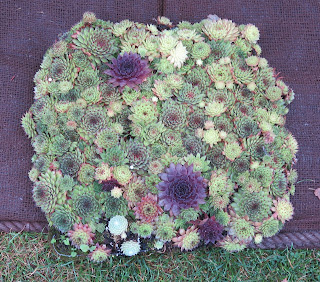 Seen at the Wisley Flower Show. 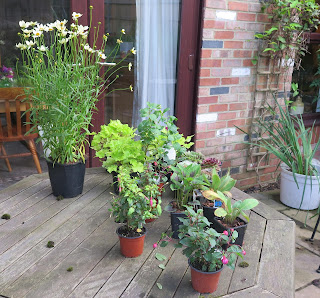 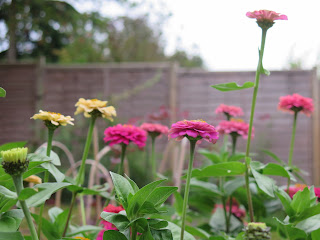 I have wound a warp of blue and dyed blue merino, tied it on to the end of the yellow warp and started weaving. I was worried that the dyed blue was too dark but when woven up, it looks fine. A bit subdued but acceptable. 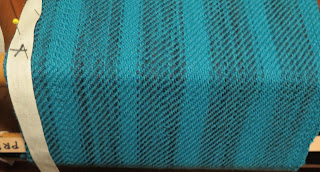