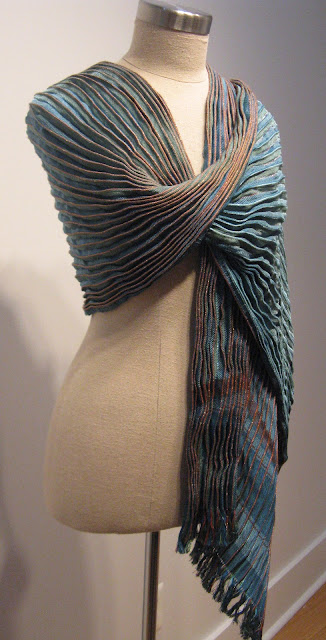 And not for want of British Airways trying to sabotage my efforts. The plane from Heathrow left more than two hours late which meant I got to Washington later than the time I said to the Shuttle operator. So I hurried (as much as I could dragging a large suitcase with another bag over my shoulder) out to the car park, got to the right place and there was Cally Booker talking to the driver of a van!! So we got to Chevy Chase at 5 pm, signed in, had supper and set off in a bus to see the CW exhibition 'Glamour, Glitter, Glitz'. But first we had the keynote speech about the state of weaving today. I was reeling a bit by this time but took lots of photos. When I looked at them this morning, they were surprisingly good. The one on the left took the major prize and is a stole by the UK's very own Wendy Morris. 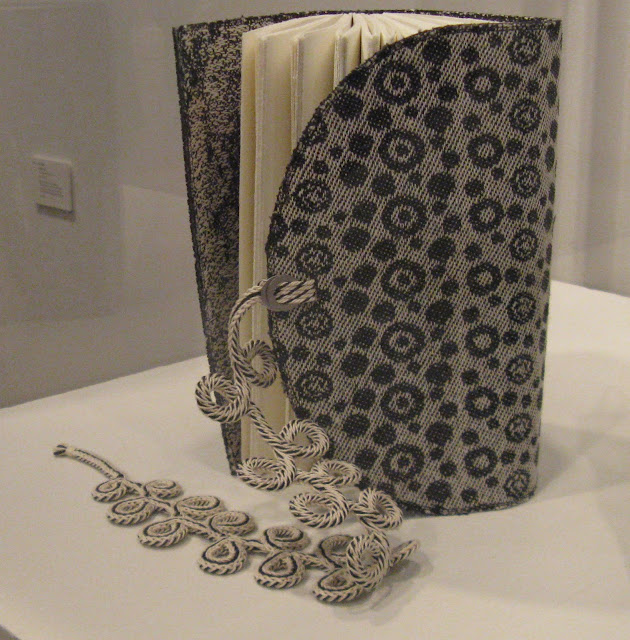 There were lots of other good things but I fear I liked the books best.  The above was one by Alice Schlein and Barbara Walker who made the fastening in plysplit braiding. A photo of a second book by these two weavers is shown below. Barbara Walker told me that teh paper in this one is black! 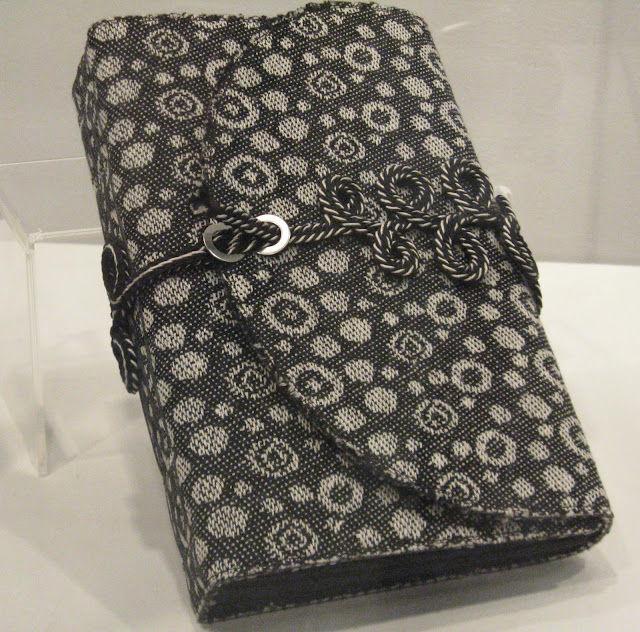 And then there is another book which Alice Schlein did alone. 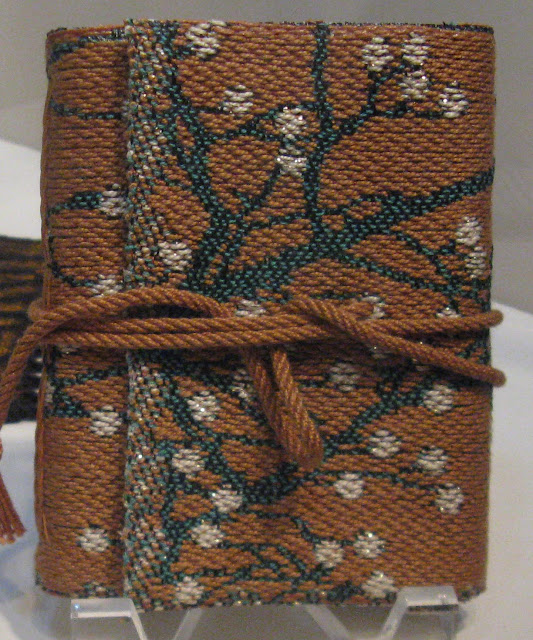 This just has a simple (but very effective cord).

I have not asked permission to show these pictures but I did ask if photography was allowed and it was - as much as you like I was told.

So just to make it absolutely clear, these photographs were taken by me of work done by the people named above, Wendy Morris, Alice Schlein and Barbara Walker who own all the copyright in these works.  I have always been careful not to show photos of other peoples work but just to refer to it. The trouble with this exhibition is that I do not know if photos have been included on any official website.

Just eaten an all- American breakfast!! Now off to our first seminar.