We went down to Cornwall for a week over half term. A National Trust 'cottage' which was actually one wing of a very large house on the South Coast of Cornwall with a spectacular view of Helston creek. But it rained rather a lot - and there was no mobile signal or internet. Anne, my daughter, and I were very distraught!! But I did some useful work.


I intend to make some slipcases, starting with one for Coles Funny Picture Book and then one for 20,000 leagues under the Sea. So I took all four books on bookbinding I own and read the sections on slipcases and boxes. Two of them were useless, one was so-so and one was excellent - now I know what to do.

The other jobs were weaving drafts. I have long intended to see if I could recreate some Japanese weaving, namely hana-ori from Okinawa and donsu. 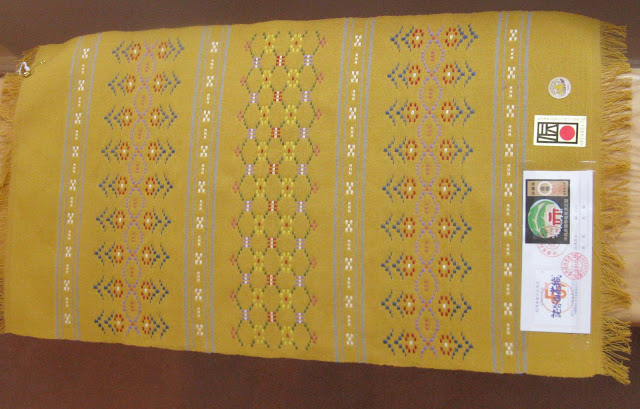 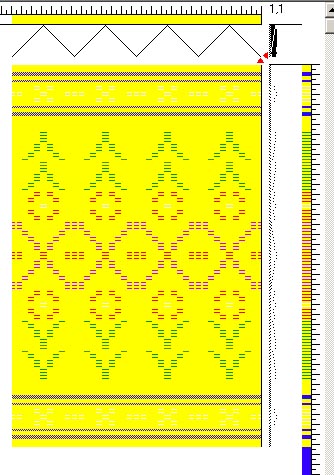 Here is a draft of one section from the original. I have created the other section too.  One slight problem is that I am not at sure what yarn has been used. It might be a hemp warp and a cotton (much thicker) weft. So I will count epi and use a fine linen as the warp. 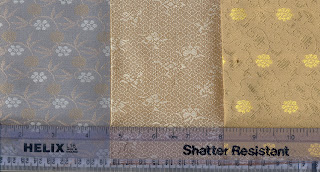 The next project was donsu. This is based on satin and the photo shows three samples from Japan. 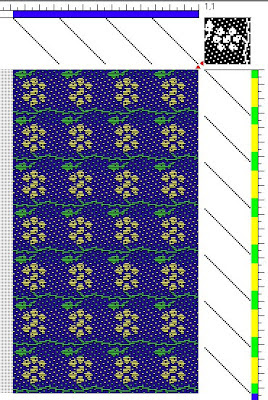 I chose an 8 end satin on 32 shafts and this was as good as I could get. The originals, I suspect, are either woven on a drawloom or on a Jacquard loom. I have another design which is of a flaming pearl, a traditional Japanese motif. I can use the same warp for both designs and will use gold paper yarn as the weft. The repeat will be only half an inch.

So the Megado is going to be busy and I still have several yards of Diversified Plan Weave on it to weave!!

I still have to discourse on the course on Creative Development but I thought a few pictures would brighten the day.
Posted by Pat at 18:34