The Bookbinders AGM was on last Saturday and I am Treasurer so the previous days were spent printing out handouts, preparing for the Silent Auction and doing the other needed odd jobs. But in between times, I repaired an interesting book which belonged to my father. 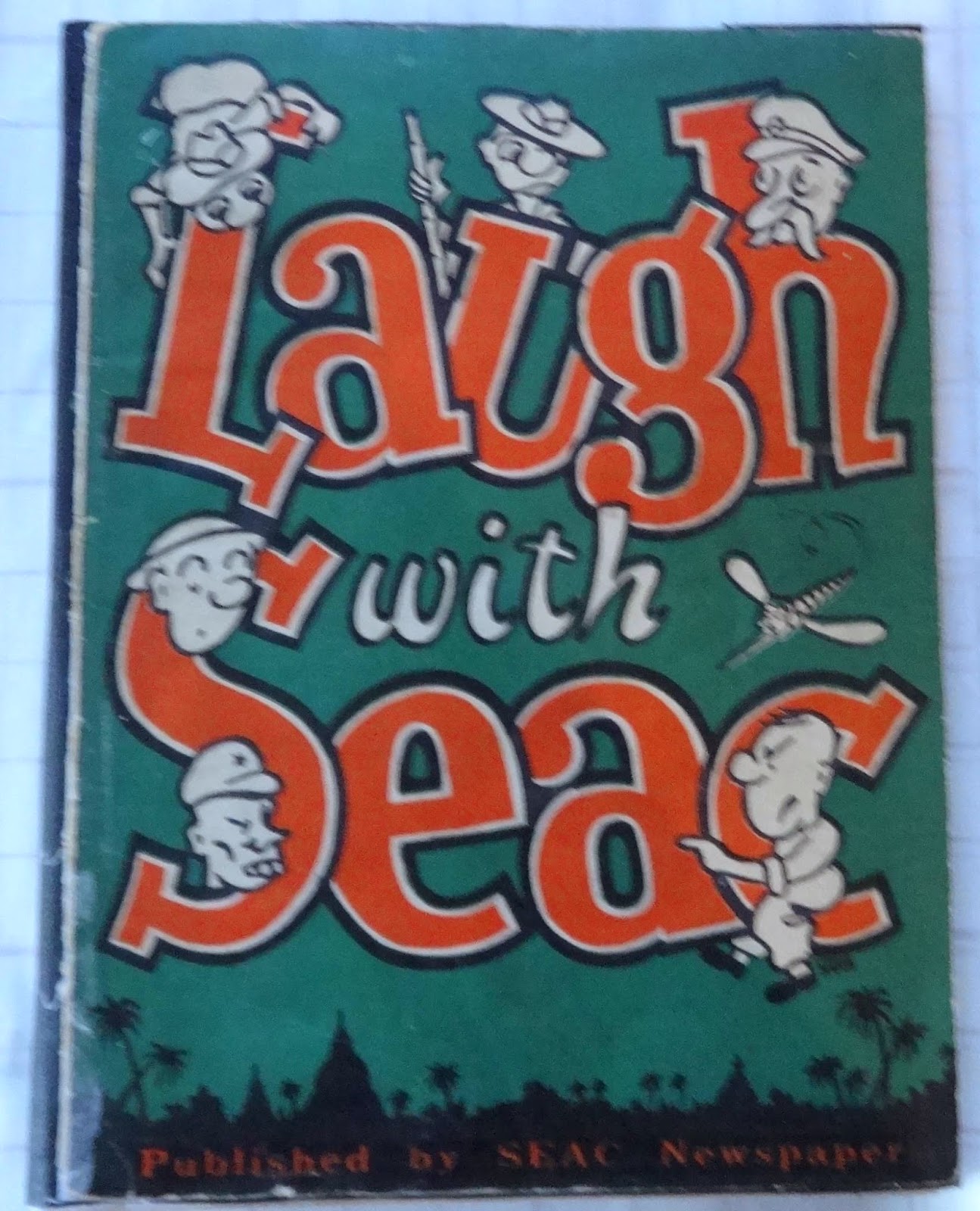 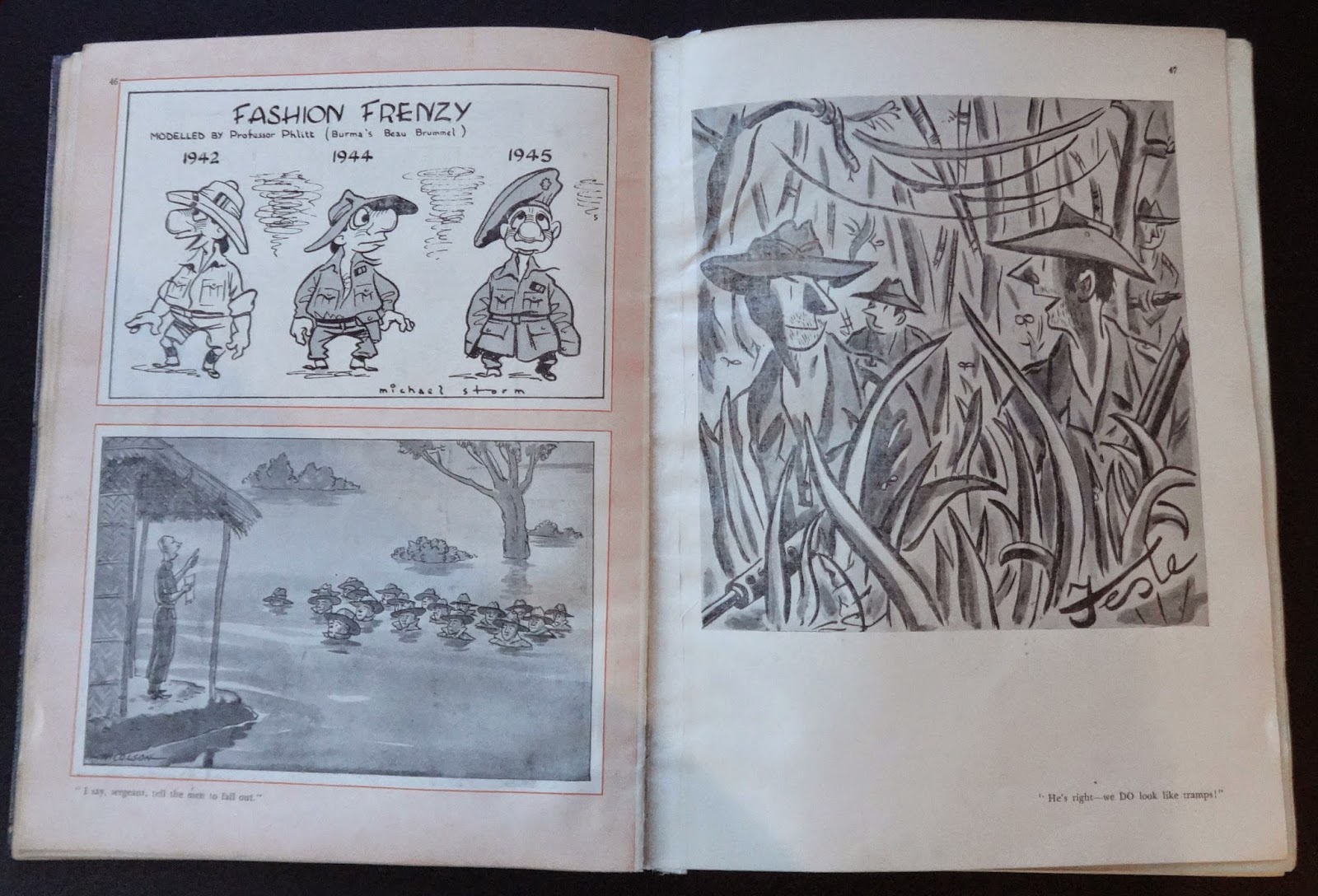 My sister, Dorothy, found this book while clearing out her bookcases and, as it was in tatters, handed it to me to deal with. That is what I have been doing over the past several days. Every single page was torn and the house was littered with mended pages carefully laid out to dry. Then I resewed the book. It had actually been sewn even though it had a limp cover. But the book only had one tape which had given way and a lot of the thread had rotted. So a complete resew was called for plus three tapes plus glue on the spine and (belt and braces) a strip of Fraynot glued on as well.  It had been my intention to reuse the cover as it stood after repairing the spine but I discovered this would not do because the book, with all its repairs in Japanese tissue paper was thicker than before so the limp cover became black book cloth and the original front and back covers were pasted on to the bookcloth. You can just see the black spine on the book in the top photo. It is not perfect but stout enough to last another fifty years.
On Sunday, I finished warping up the Megado with the linen seamless garment and checked the threading. Only one error, a pair of crossed threads. Then I started weaving. I have been worried about this because it seemed to me I could get the weaving very wrong so you must imagine me sitting at a desk, waving my arms and muttering 'Shuttle 1 left to right, Shuttle 2 left to right, Shuttle 3 right to left'. I started at the neck end because that was the difficult bit and I have to say it all went well. 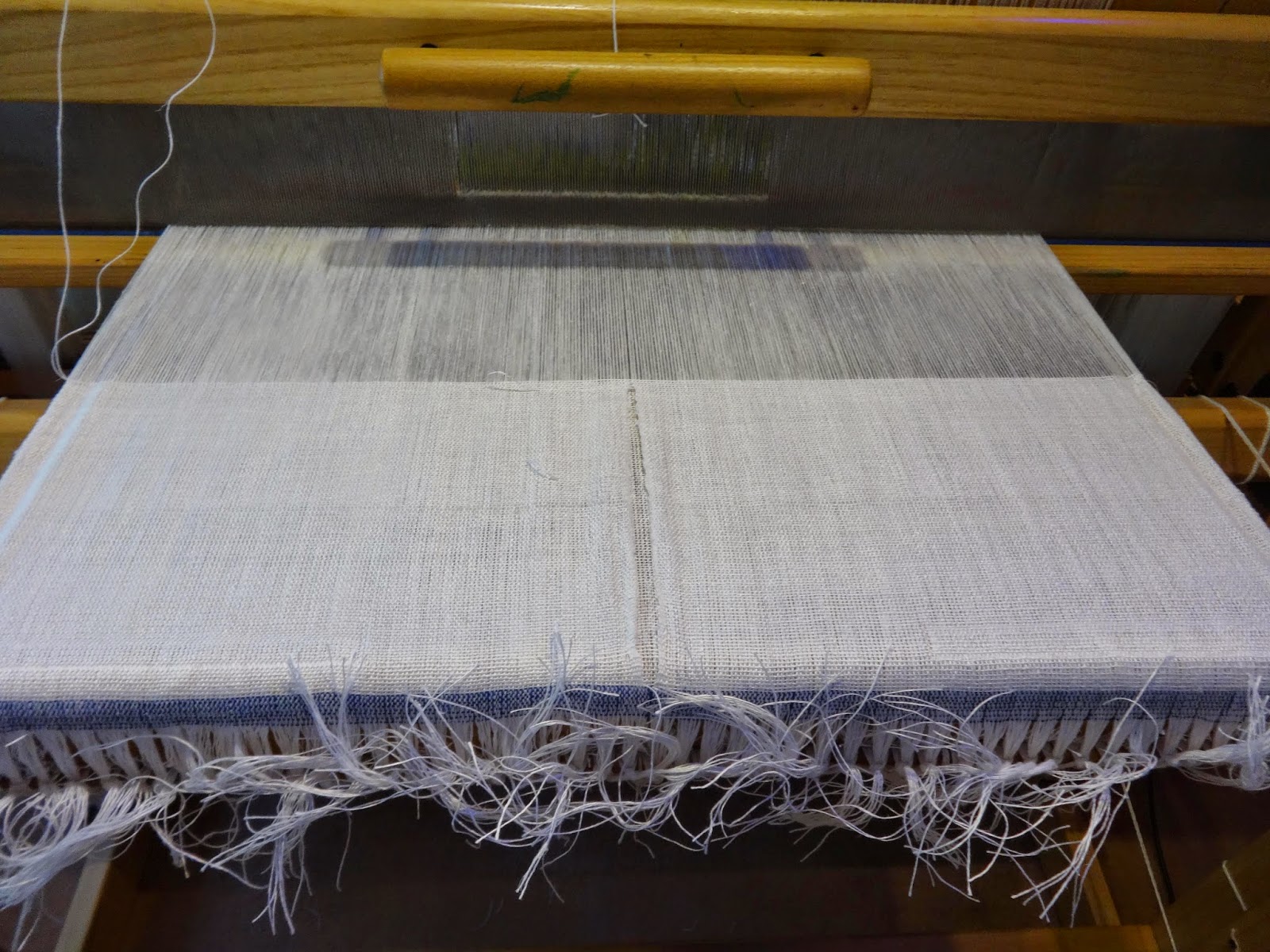 The shoulders have two reversals of cloth to act as the shoulder seam. The sides are open between front and back for 9 inches to be the armholes and the front has a slit down the middle for the neck opening which is visible in the photo above. I am well past that bit now and am weaving a tube to be the body which only needs one shuttle. So it is going fast. I should be finished in a day or two.
Posted by Pat at 09:33