I admit to buzzing around recently, in fact , for the last four or five weeks. With the Guild AGM over and the exhibition at Nature in Art hung, I have returned to doing things for my pleasure. I have finished putting the ghost warp on the Megado and have tied on the handspun warp. 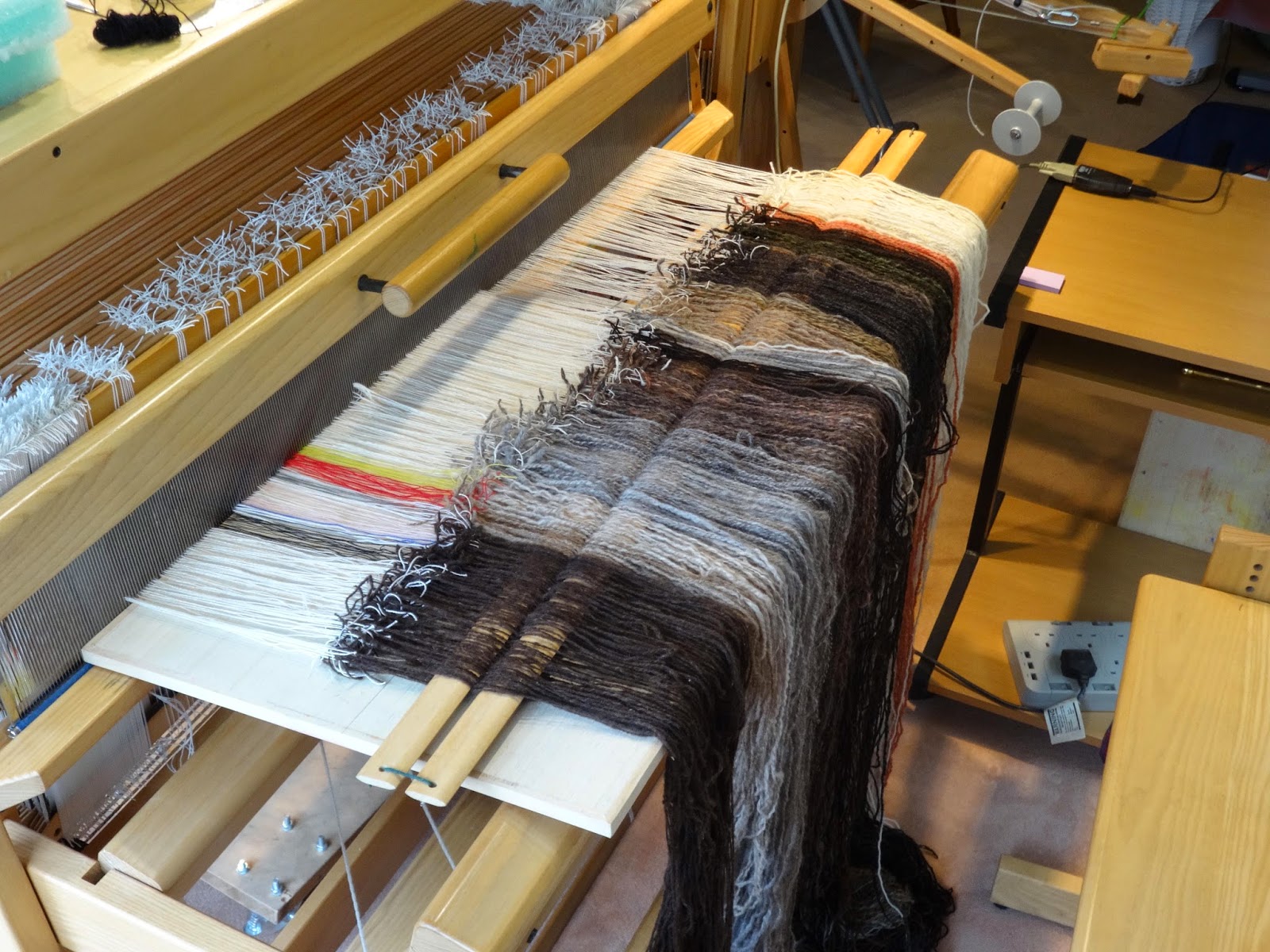 The yarn is quite variable in thickness and I hope it will be okay. Note the variable colours in the ghost warp. I decided to use up the loaded bobbins which seem to be left over from every project. I just dump them in a plastic basket and hope I can find a use for them. This was rather a good use.

I have also sorted out and  tied on the multi-coloured warp on the 12 shaft Meyer. I have woven four African trees, three of which are on display at Nature in Art and there is enough warp left for another two. I will take that loom to Nature In Art just after Easter (April 22nd to 27th ) when I am demoing weaving. I have borrowed a Guild loom to let visitors have a go. I believe we have school groups that week.

A lot of tidying up has happened and two clear shelves have appeared in the office! Unheard of. I could do with getting to that stage in the studio but it will not happen until the handspun blanket is done and the fabric for the small Newbury Coat is completed.

There has been a lot of gardening, planting vegetable plants and sowing seeds. The garden, in fact everyone's garden, is fantastic at the moment. Tomorrow I am going to Hidcote with the family to see how that is making out.