More on the Exhibition

I have been getting to Nature in Art just after 10 and staying until 1700. I get home tired! Last night I wound a warp for the Voyager (8 shafts) to do huck lace using some brown fine handspun wool and took it and the Voyager to the exhibition. The idea was that the public would like to watch me warping up. Me too! It was all very un satisfactory. Being me, the threading is quite complex and I found it difficult to keep my place in the threading plan!! I have got it not quite 50% threaded up. Because I have four slightly different colours of brown, I thought it best to wind four warps and put them on front-to-back. I have rearranged everything so it ought to work better tomorrow.

The Museum has a lovely exhibition  of Bookbinding on until May 18th. It is a number of books with highly decorated binding. Very nice - and very informative.

There were lots of visitors and they all wanted to talk. One in particular was a gentleman who started his conversation with 'Explain to me about Textile Art'. He is a watercolour artist (I suspect he may be rather good). The conversation then moved on to artists vs craftsmen. And he very shrewdly said, You are not very sure about that, are you? He never actually said the exhibition was rubbish but I suspect he was being polite. He did say he did not visit many textile exhibitions but he would in future. Oh well! 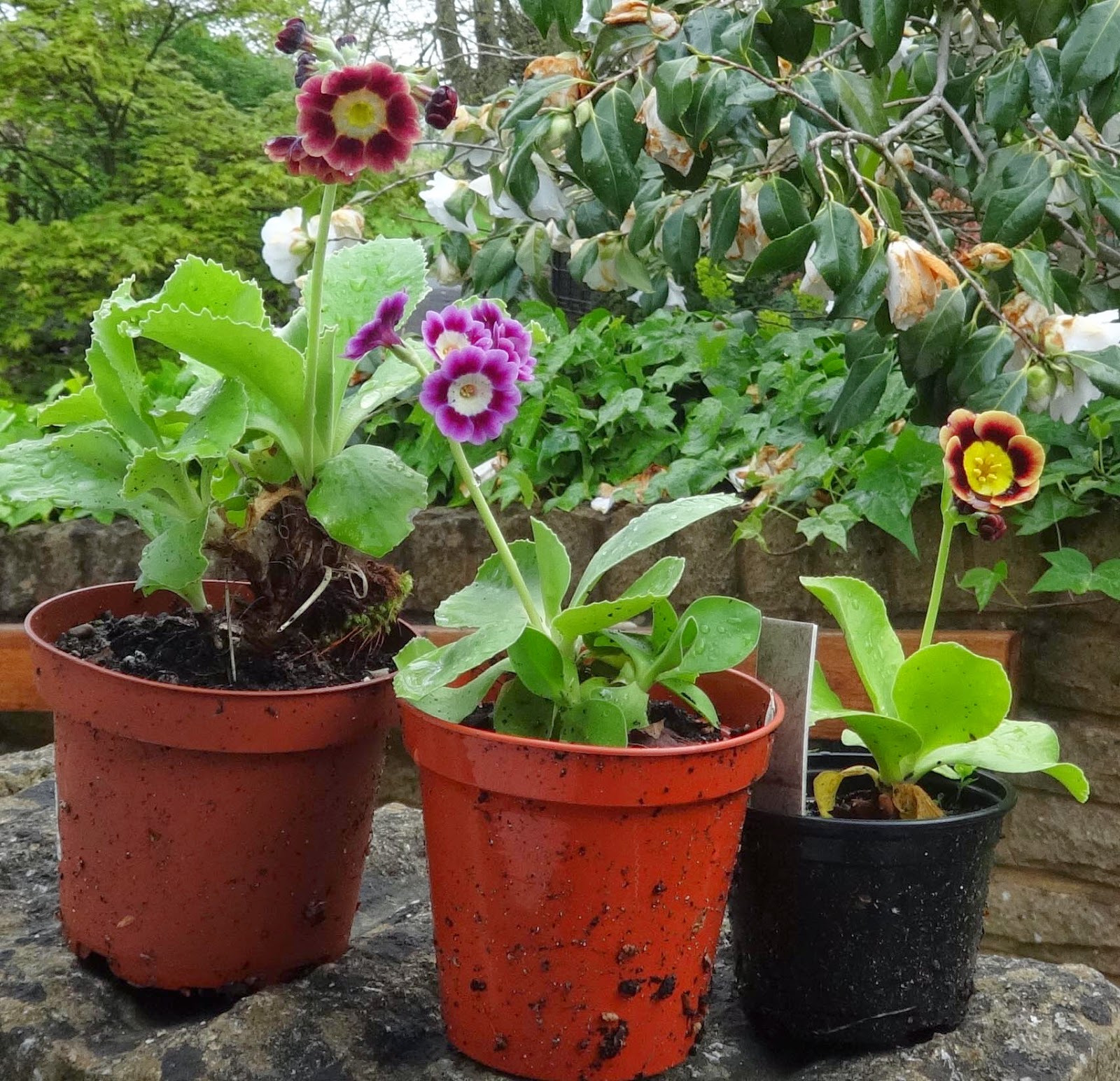 More auriculas have come into flower. There is only one so far which is heading for the compost head. 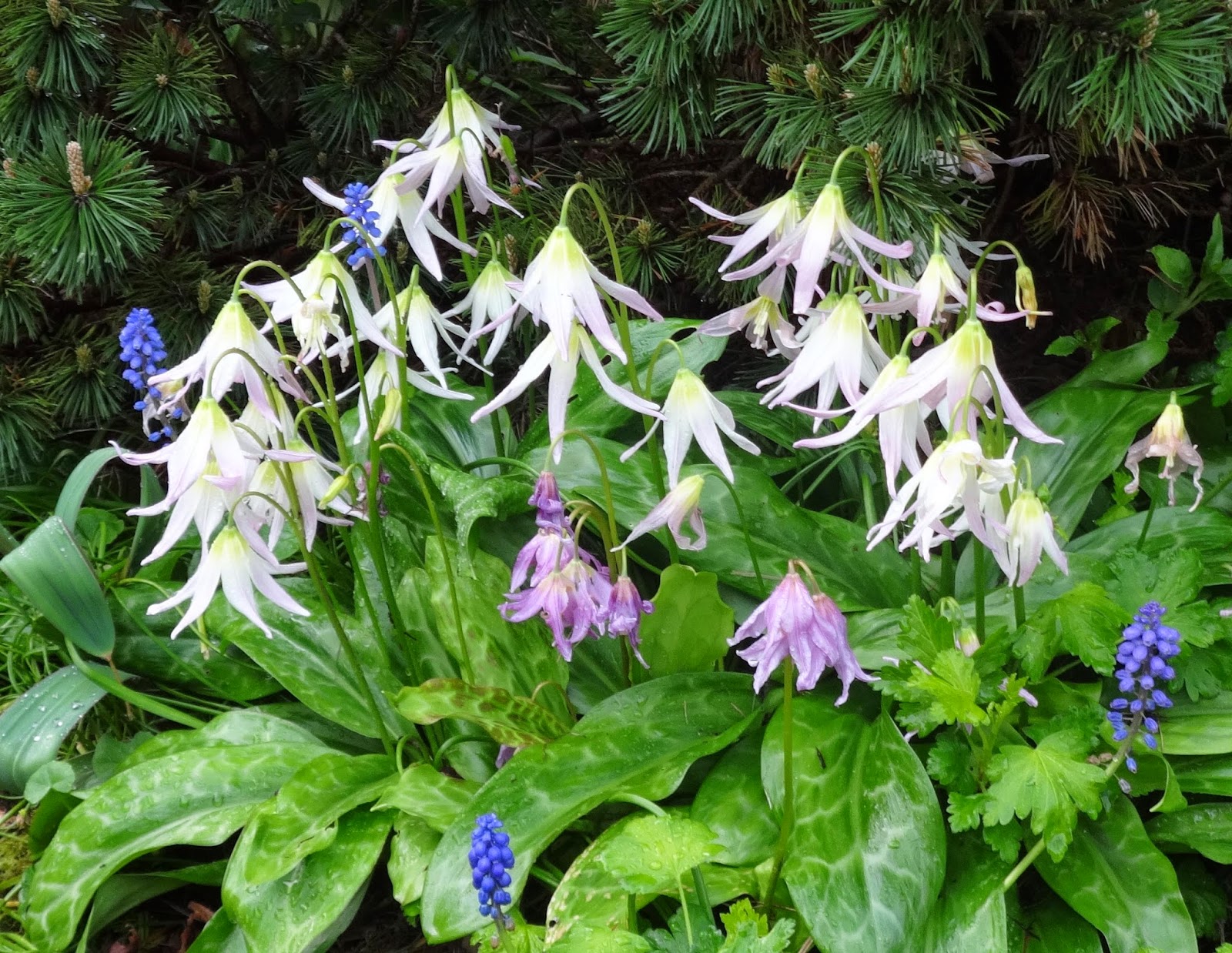 Here is Erythronium  Japonicum whose claim to fame here is that it is impossible to buy and these were raised from seed got from the RHS. It is about ten  years since the seed was sown and they can be deemed a success.
Posted by Pat at 20:30