I was at Kennet Valley Guild yesterday (Saturday) and came home exhausted. We were preparing the Guild entry into the National Exhibition and this involved hard work and a lot of running up and down stairs. This morning I still felt tired so I lazed around until midday when I decided to start in on some bookbinding. I have several projects in the repair line underway and it is time they were completed. 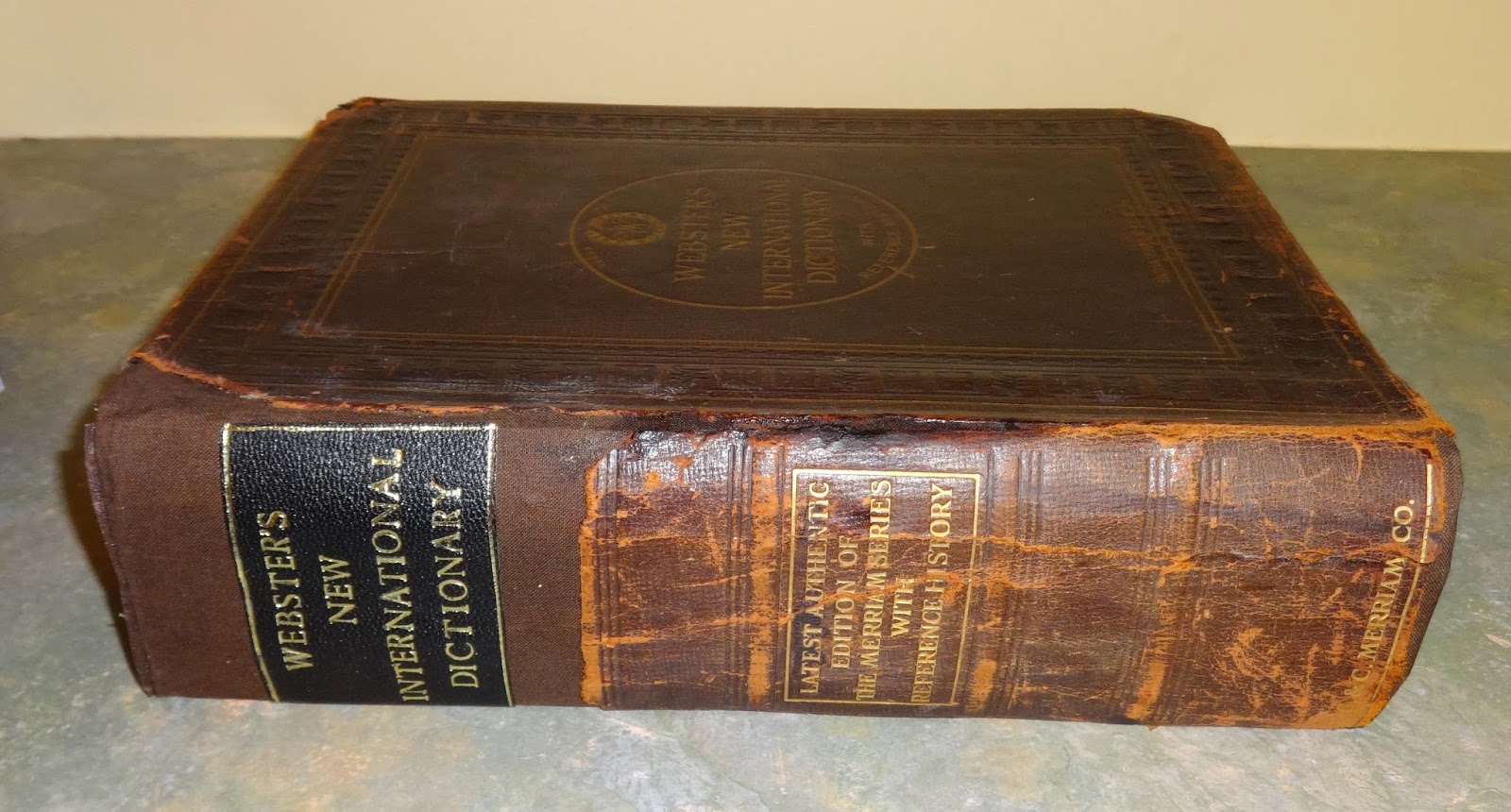 This is an elderly Webster. The spine was in fragments and a lot of pages were torn. Every torn page has been repaired and a book cloth spine put on. The book was originally Morocco-bound (like Bob Hope and Bing Crosby). There was no need to do anything to the covers although they had to be removed and put back. You can see the lower half of the spine is the original spine glued back on to the bookcloth spine. The top part had to be replaced. The covers were attached using a library binding which means it is now very secure.

This is the spine of the Omar Khayyam which I am repairing for my sister. It has paintings by Frank Brangwyn as illustrations. The spine had been eaten!  The covers were still attached but not well and it had been badly bound in the first place with only two tapes, not five. I added another two tapes, which meant a partial resew of the book. The real problem was the spine. The covers are done in brown bookcloth which has been printed on. The front cover is very ornate in an Art Nouveau style. Since nothing remains of the spine, I scanned the front in and processed it in Photoshop, turning the front title into a straight line, then sized it, printed it on JetFX and ironed it on to the new book cloth (after a bit of sampling). Above is a photo of the spine bookcloth attached to the book spine and drying. When it is dry, I will tuck the bookcloth edges and the strengthening material which is below the bookcloth into a slot I have cut in the front and back covers.

At the same time, I am repairing a recipe book for my daughter, Anne. Again the spine has come off. But it is in a whole piece. I have another book to complete and then will start on an elderly Penguin which is in pieces. I suppose I could go and buy another one - I have not checked if it is in print but I have had it for 50 years and would like to rescue it.