The weaving on the Schacht is coming along nicely. This is what plaited twill should look like. 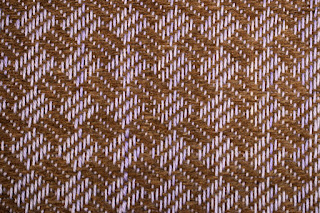 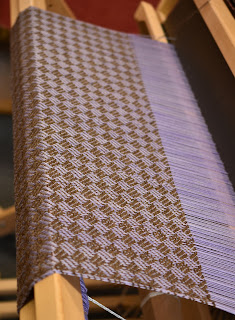 And despite Rosie Price's protests, I have bought a Leclerc Voyageur 15inch with 12 shafts. I used to have a Voyageur 8 shaft which was good but got rid of it in favour of the Meyer - big mistake.

And I have completed a book. A repair of an early Penguin (1959) where the covers had come off. To my great surprise, it was not a perfect binding (standard paperback with cut spine and dipped in glue) but a properly sewn book so dead easy to put into a hardback. The old covers were trimmed at the edges and glued onto the new covers but the spine had long since disappeared so I reproduced it in Photoshop. Not at all bad and certainly good enough for the rest of my lifetime. 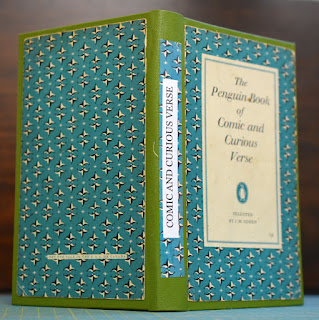