I have finished two more clutch bags from lengths of four colour double weave and have decided on what else to make from various lengths of sample fabric. 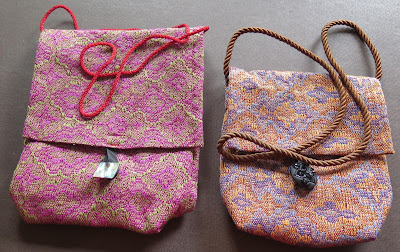 I have also been extravagant and bought myself some more auriculas - only these are rather posh. They are 'show auriculas'. Dorothy was a bit a shocked at what I paid for them. They are about five pounds each. I think it is money well spent and have gloated over them, also potted them up and cosseted them. The photo below as is they arrived before potting up. 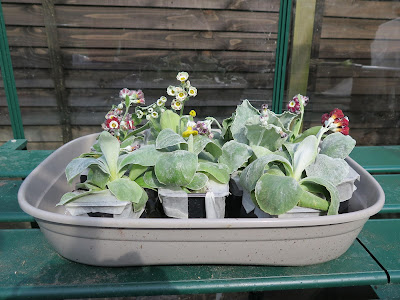 I also took a photo of the Columbia Press (built in 1850) at my lino cut class. Isn't it fantastic? The eagle moves up and down as you print. 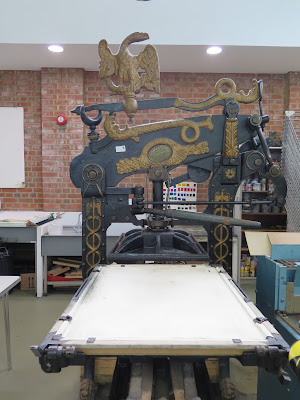 I am currently suffering from what my son-in-law calls 'existential angst'. In other words, I am creating lino cuts to illustrate 'The Lament of the Makars' by William Dunbar and I now think the project is a mistake. So I have decided to grit my teeth and complete the last lino cut before the next class, spend the next class printing the all six in many colours and call it a day on that project. I have much better ideas on single lino cuts.

Now I am off to wind a merino warp which will be tied onto the lampas warp on the Megado.
Posted by Pat at 13:51