I have been fighting with the Beiderwand on the 12 shaft Meyer. I was convinced it was my draft at fault at first but reluctantly admitted to myself that it was the Meyer. The Meyer is tiny and warping up is not easy. One of the problems is that, when you lift a shaft  and the tension  is as high as it will go for the lifted shaft, the unlifted shafts are all slack and so the shed has to be cleared by hand. Which is very tedious as this means every second throw has to be cleared in this particular draft. So I padded up the back beam. There is now a hefty piece of wood strapped to the back beam which lifts the whole warp up  by a couple of inches and that makes all the difference. Also there are differential warp tension problems!! And for the first time in my life, I have three plastic milk containers hanging off the back of the loom. It still needs careful attention when weaving but the first sample is finished. The last two days have been full of nothing but experiment! I realise now that my recent weaving on this loom have been wool which is stretchy unlike the current cotton. 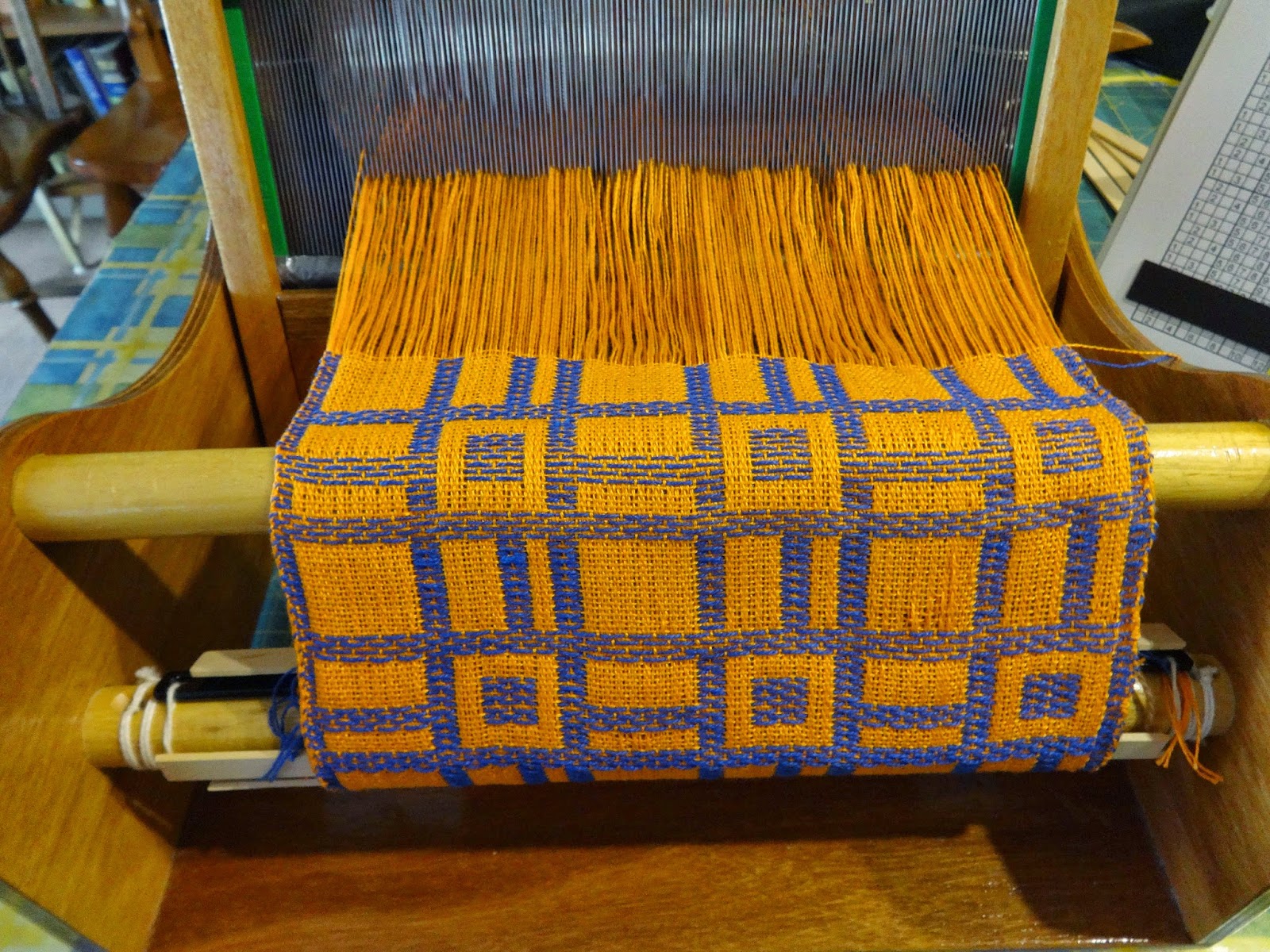 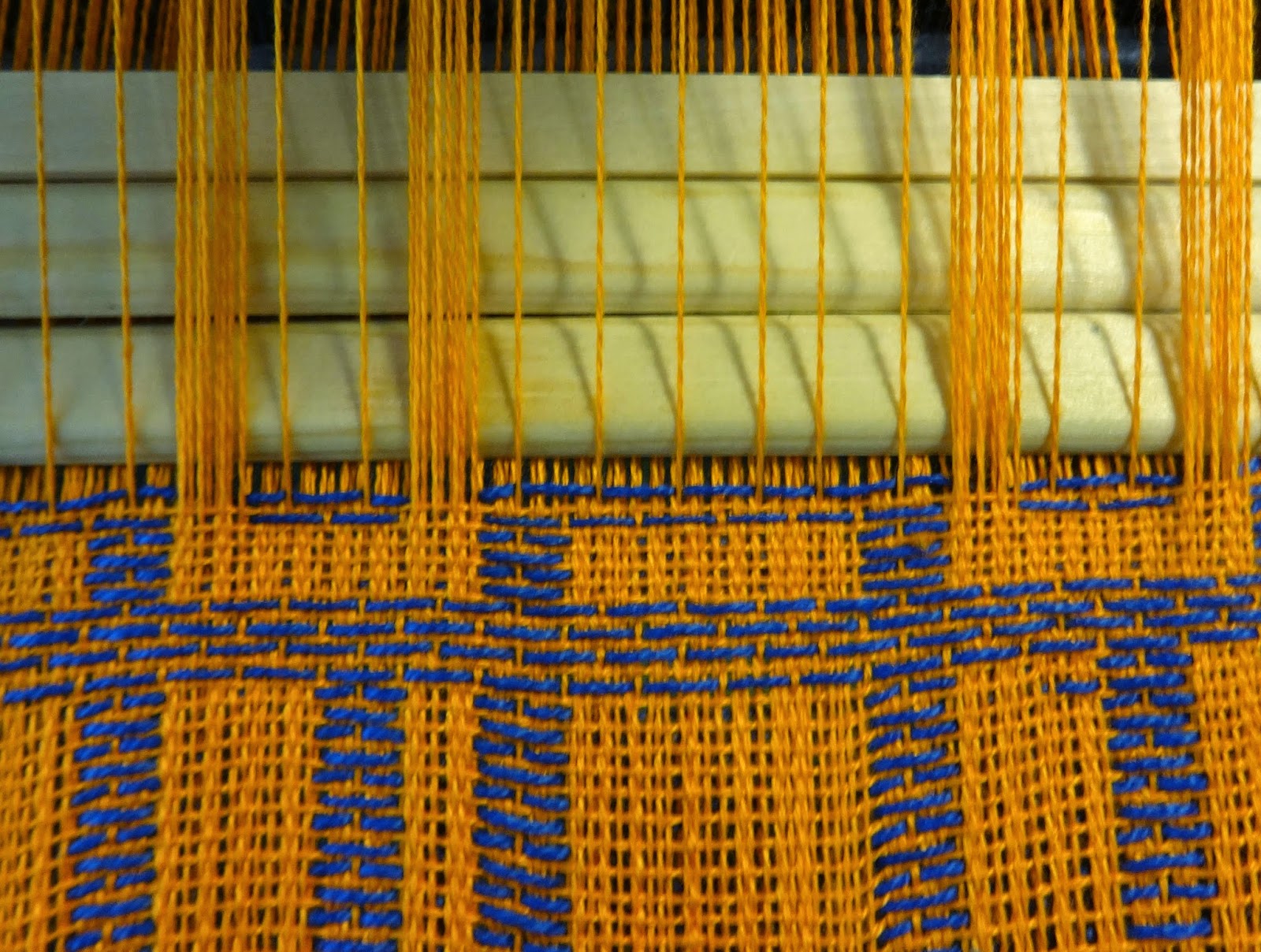 Top photo shows finished current sample which has the odd error due to slack threads. Lower one shows shafts being lifted. Now off to weave a second Beiderwand sample with stitched cloth this time. I will have to rethread after that for the Lampas samples but the drafts are ready. The colours are very lurid due to me looking for a colour in 10/2 cotton of which I had lots. I knew I would never use this orange for anything 'real' but it does offend my eye! The blue is 6/2 cotton.

An interesting effect I had not come across before is the denting. The threading is in groups of five threads as Shafts 1 or 2, n, n+1, n, n+1. I wanted 30 ends per inch and had a 12 dent reed so clearly one group would go nicely with the first two in one dent and the other three in the second dent. Not so. It would have been much better with the first three in the first dent and the second two in the second dent. This is because the last four threads are the warp for the main cloth and it would have been much better if two of the four threads were in each dent. I could not be bothered to resley after all the other troubles and will finish the Beiderwand samples. I have to rethread for Lampas anyway so will deal with sleying then. Though on thinking about it, there is not a problem. The main cloth is at 24 epi. I am doing the Lampas as 1:2 so the secondary warp is 12 epi which makes a total of 36 epi which is 3 threads per dent on my 12 dent reed. 1:2 means the threading is Shafts 1 or 2 or 3 or 4, n, n+1. A group will go nicely into one dent. Problem removed.
Posted by Pat at 08:55