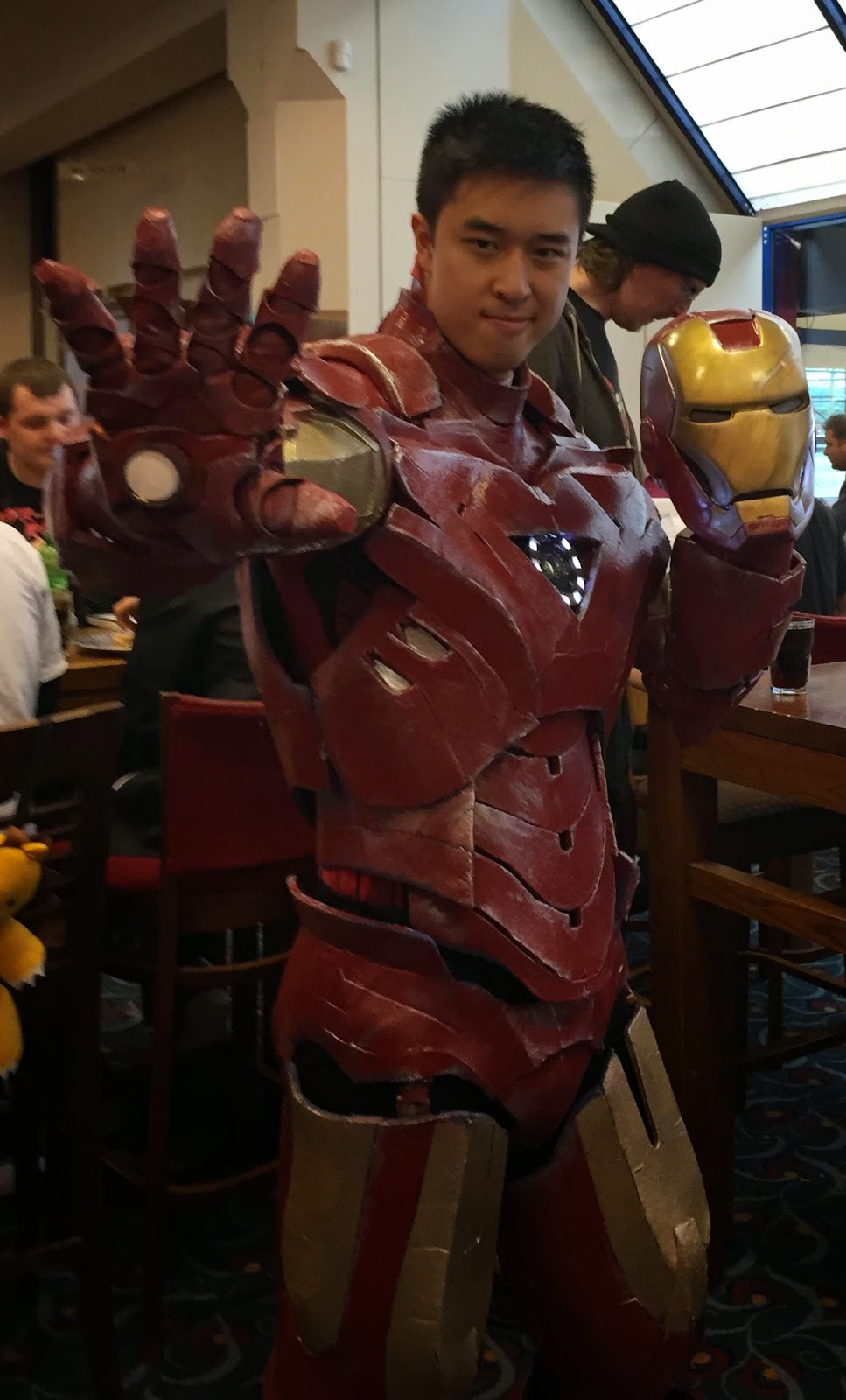 Today I went with Anne, Derek and Alex to the NEC in Birmingham to go to a Christmas Market there. It was all rather boring and so crowded that we were discouraged from buying much. After some hours, we left and walked up the concourse past the other halls to a place where we could have a drink. At our hall, there had been a lot of dressed up characters, fairies, panto dames, and so on. But as we walked away we encountered loads more dressed up characters, finally being swamped by a load of Darth Vader storm troopers, not to mention Vikings, supermen, goths and just about everyone else from the comic world. And that's what it was 'ComicCon'. Only these were not actors but ordinary folk dressed up. The bar was hilarious. At one moment I saw three pirates Johnny Depp type drinking beer at the counter. My favourite was this one. We think he was Iron Man but are not sure. Anne had a camera and I asked her to get him to pose for a photo.  So he put down his paper cup of coffee and obliged!

Cheered us no end.