I had visitors over the weekend, old friends form my Cambridge days. We visited Tewkesbury Abbey which is not far from Malvern. It was a Benedictine Abbey until the Reformation and now fairly high church. Lots of history and lots of good things, culminating in some nice modern stained glass windows. 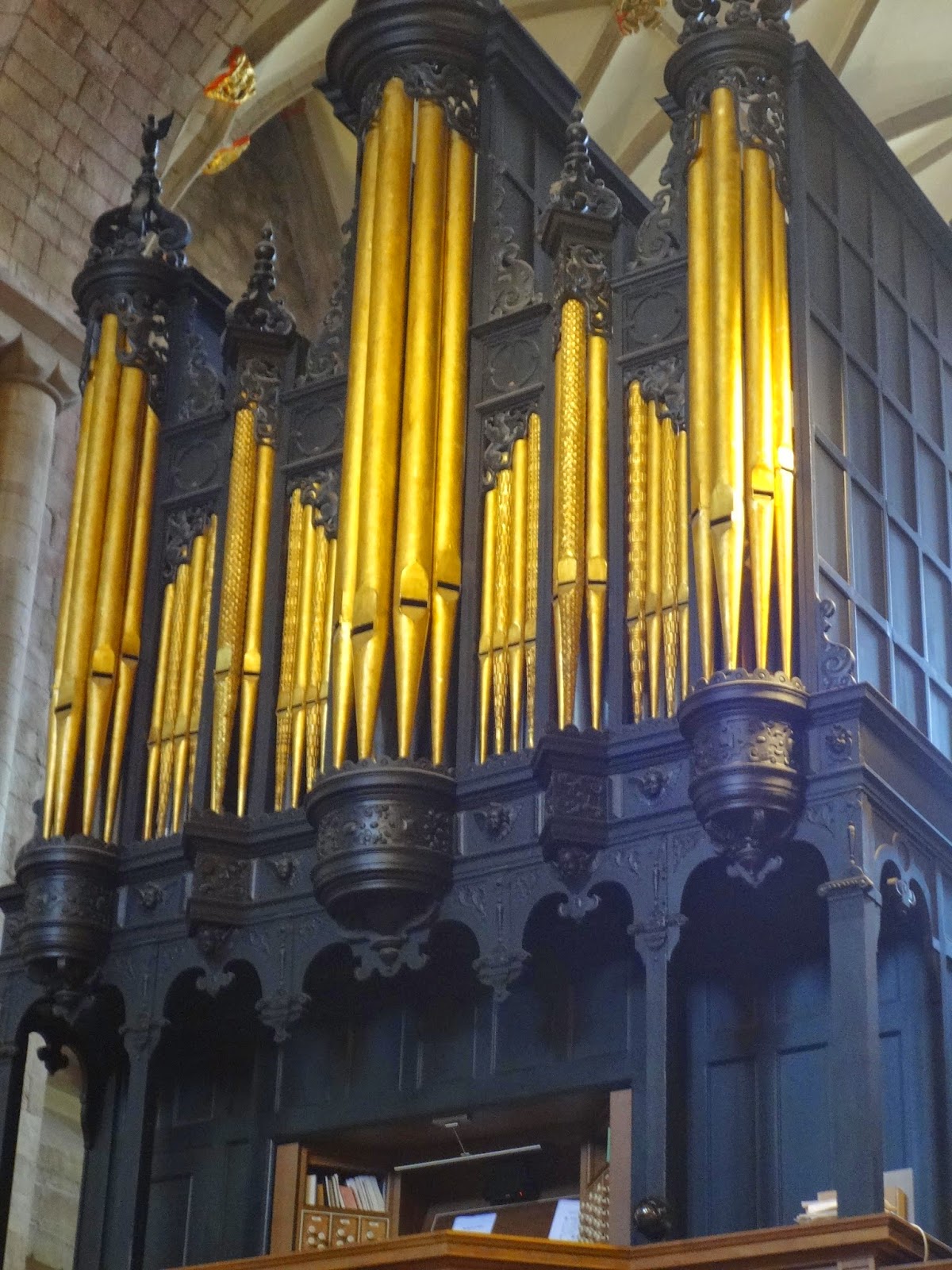 The Milton Organ recently refurbished. Built in the 16th century, it spent some of its lift at Hampton Court where it was played by the poet, Milton, hence the name. A century later it went to Tewkesbury where it has been every since. 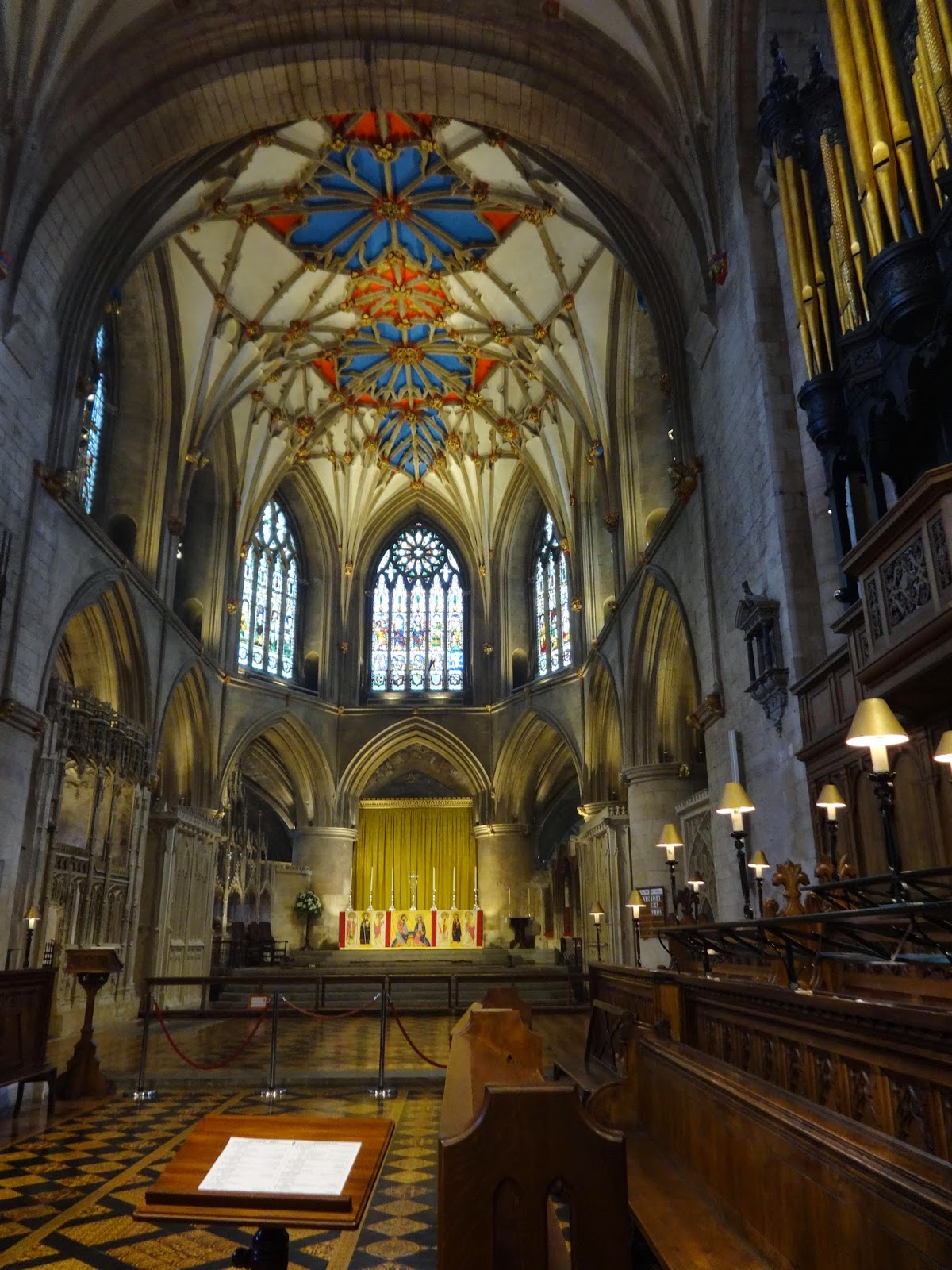 The view towards the altar showing the magnificent ceiling. The altar is a slab of Purbeck marble and is also incredibly old. 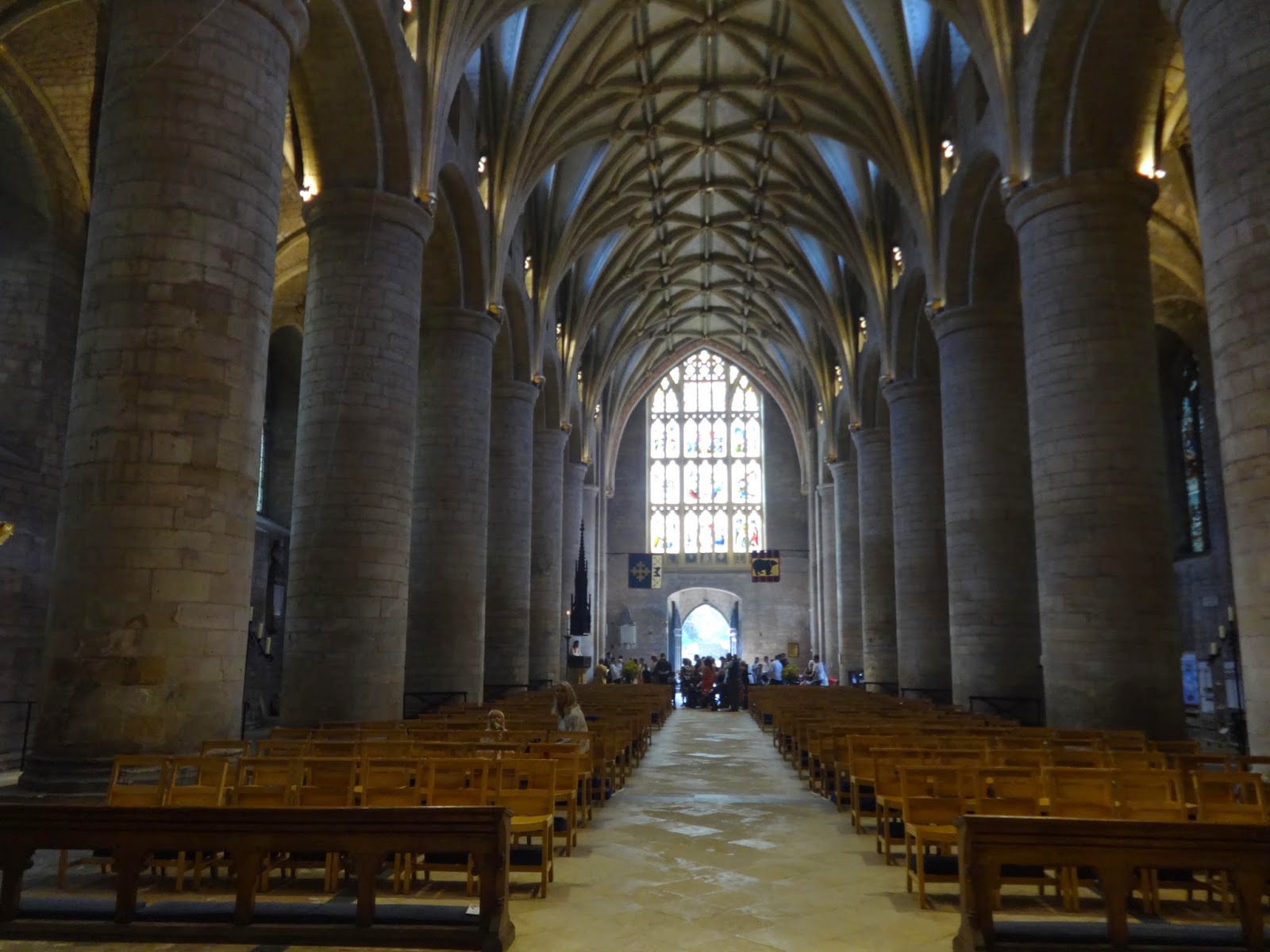 The view in the opposite direction. The pillars show the Norman origins but it is very high for a Norman building. The people clustered at the other end of the nave are attending a christening. The baby was christened using the ancient font. I was a bit surprised when the christening group sang, not a hymn, but 'He's got the whole world in his hands'.
So lots of things to see and tea in their café.
The double weave book is coming on and I have done my ration for today. The only other happening of import was the visit of the electricians this morning. I wanted them to replace an ancient substation with a modern one with trip switches. They were a bit unwilling about this until I dragged from them that, if they do that, they are legally responsible for all the wiring in the house and they could see that some of it might be old. They inspected a lot and thought that most of the wiring was modern but - - -. So I suggested that they might carry out a complete test/inspection of the house wiring and then we would discuss what must be done. I had not budgeted for rewiring the whole house and am not keen to go down that route. It sounds to me as if we are looking at some work but not massive amounts. I may have overdone things because the builder is installed in the garage  which is falling apart and the plumber came this morning to look at what needs doing in  the bathroom and will be back tomorrow to do it. Oh well, it means the house will be all done ready for the winter.  I have a couple of other house expenses on my list but I will wait till I know the financial damage from the current operations.
Posted by Pat at 12:58