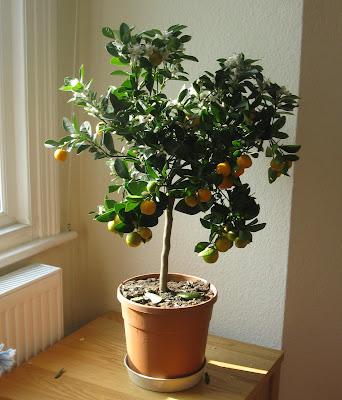 Here is my orange tree looking quite good after two weeks with me. If you look carefully you should be able to see that it is covered with orange blossom but - - - 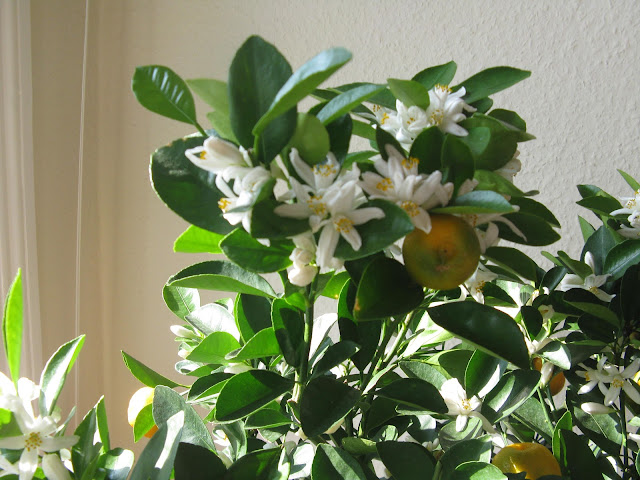 a close-up is better. Isn't it gorgeous? And the room is heavily scented!!


I have been learning a lot from my classes on the digital camera. White Balance last night - and the tutor brought in some flowers to practise macro on. So I tried both at the same time and got good colour as a result. There is every hope thatmy photos of textiles will be more accurate in colour in the future.


Not much on textiles in the past few days. When I have a few minutes, I weave a  few inches on the Voyager. This is for samples for the Tied Weaves Study Group.

But mostly I am sorting out computers. I spent about 5 hours yesterday sorting out old emails. They are now in a place of safety.  But before I do anything like switching off the two Linux machines, I need to deal with the photo albums used by Picasa and operating under Linux. The problem is that Michael wrote captions in Picasa for many of the photos and I don't want to lose these captions. But hwo do I get the controlling file from a Linux Picasa  to be put on a Microsoft operating system. And I don't feel I can move any files around until I have accomplished this.

Off to consult with son-in-law.

PS and NB. I have not really looked at Picasa for three years. I was horrified to see that Michael's setup included over 2000 photos but that my weaving/textile photos (which were never captioned) amount to over 6000  and I know that there are a raft more on one of the computer including all the jpgs which were scanned in from slides!! What am I going to do with this lot.  No doubt there are a huge number of duplicates but it will take me days to tidy that lot up.