Today's excursion included the old city where I bought a three-headed dragon and visited the cathedral (very plain) and the Basque museum. The latter was fun. To do this we took the tram which was an experience in itself. Then back to the hotel by way of a shopping mall across the street. In the afternoon we walked up to a big bridge over the river just beside the Guggenheim. And I was right. The view was much better. 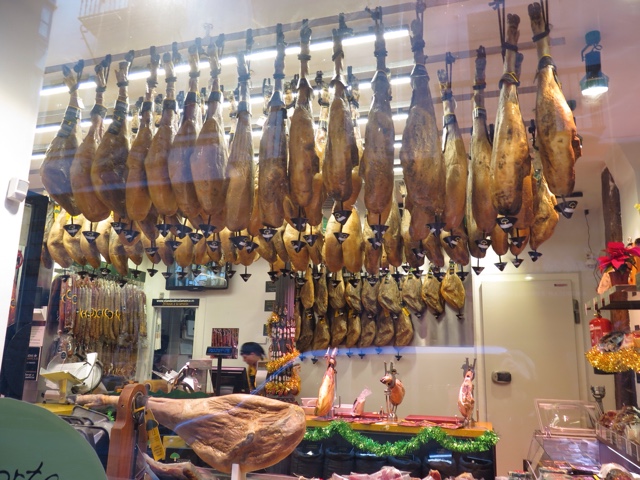 A ham shop in the old city. 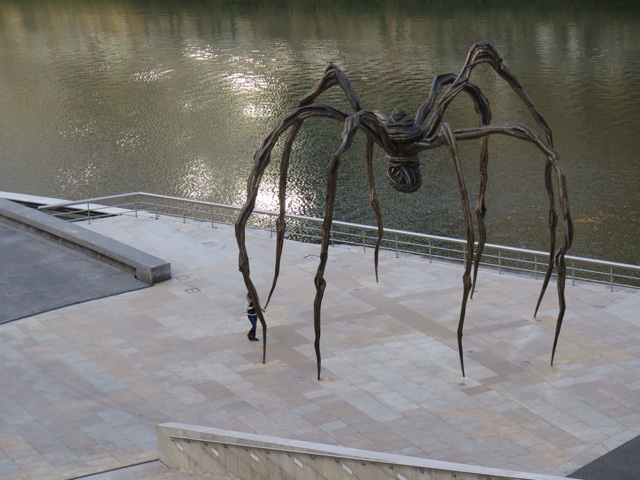 Just outside the Guggenheim. Note the person to give some idea of scale. 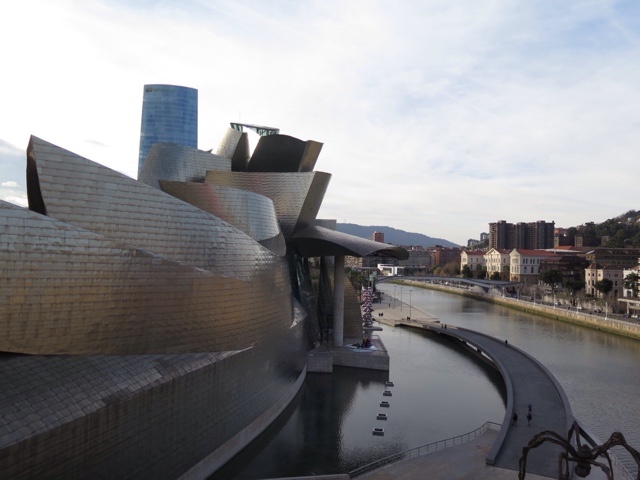 Guggenheim from the river bridge.
After the photo session we went to the Fine Arts Museum. The Roman and early Catalan stuff was very interesting. Tomorrow we 'do' the Guggenheim.
Posted by Pat at 17:12