There is a camera club in Burghfield Common which I have been attending. Usually 25-30 people are at each meeting which are held twice a month. One meeting is a lecture by a visitor and the other meeting is either a competition or a workshop on techniques. They hold four competitions a year. Considering myself a beginner, I did not enter for the first competition but when I heard the critique at the next meeting, I thought it would be worth entering just to get the critiques. So I entered three (the preferred number) as jpegs. 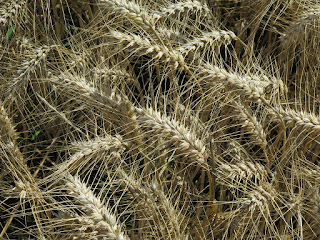 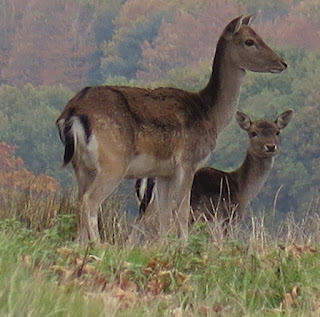 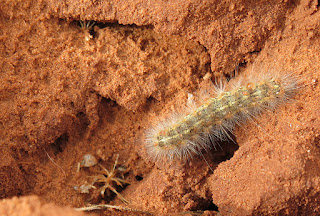 Marks were out of 10 and I got 9.5,10 and 8.5 making me the highest scorer in submissions as jpegs. As I have never entered a photographic competition in my life till now, I was very startled. In order from the top the photos were taken in Chichester harbour, Petworth Deer Park, and Mesa Verde. The caterpillar was a monster of about four inches long. I cannot get over this.
Life is progressing in the house. Most workmen have completed their tasks and gone and sent in an invoice which has been paid. Tomorrow a man comes to install a new loft ladder and on Monday several men appear to erect a garden shed. After that, we are done. I have done a spot more weaving and my frozen shoulder has been injected with a steroid and feels almost cured. I have started worrying about a submission to Convergence and am wondering if there is time available to warp up and weave 5 yards of material in time to arrive at Convergence by Jan 25th. I suspect not but I will try. The first time I entered, I wove more than 3 yards of fine silk (60 epi) in three days and was crippled for the next week or so. I have the yarn for this one and it will be about 20 epi so maybe it will be okay. The yardage entries are under the title `Ice Age` and I have created what I think is a really nice - and suitable - draft  for it.
Posted by Pat at 23:14