Our last day. First took suitcases to Paddington Station and put them in the left luggage, Tube back to South Kensington. We had quite a bit of time spare before we were due at the V and A. So stopped at the first coffee stop we passed. And did we strike it lucky! It was a French bakery and their idea of patissery was French, superb eclairs and strawberry tarts. AsDorothy said, just as well we do not live in South Ken, we would be round there every morning. And it was definitely not standard prices.We eventually got into the museum and started in the Indian section. Dorothy is doing a work of embroidery based on a map of Delhi is is after material. Then into the Kimono exhibition. Well worth the whole trip. A lot of it shows Japanese originals from 16 to 18th centuries. Yuzen and shibori much in evidence. The shibori ones were spectacular but I suspect only if you know how shibori is done. There were a few obis and other bits and piece. Then there was a good section on kimonos as imported to Europe by Dutch traders. And also as the Dutch had made in India for Europe. The Indian ones used Indian chintzes. The last sections were modern and not to my taste at all. I bought the exhibition some months ago, worried that I would never get there. I intend to reread it this weekend to remind myself of all the goodies there. I recommend a visit to anyone interested in textiles though the way things are going, we will into lockdown again soon. We have a tour of English cathedrals booked for November and have had an email from thr organisers to say they are investigating whether the tour is allowed to go ahead.Coming home was just that. Dogs were delighted to see us. Garden is looking fine. Loads of tomatoes. I shall have to make soup.I will add photos later today. 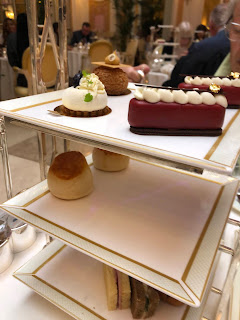 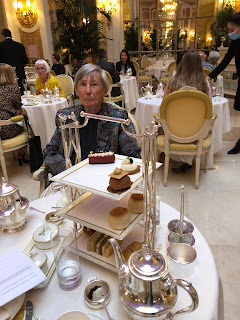 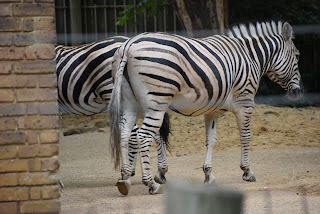 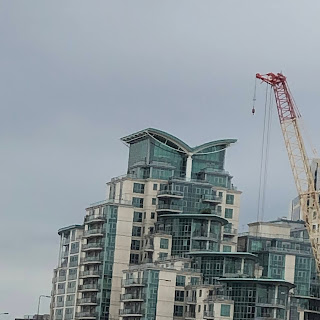