I see it is a few days since I last blogged. Not a lot of weaving has happened. An awful lot of watering the garden and allotment has happened. The allotment has turned out to be very heavily productive. Broad beans, French beans, spinach, lettuce not to mention a lot of sweet peas and cornflowers (blue and maroon!) And of course there is Jerry. 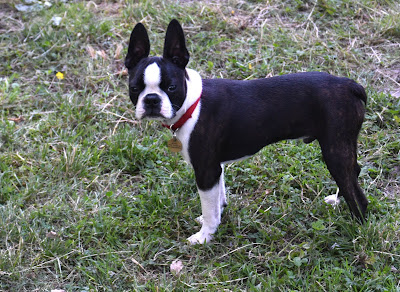 Did you know that it is possible to rent, by the hour, a large field which is securely fenced in which to train your dog. We rented one this after and it was great fun. Mind some things are difficult to train out of. What do you do with a dog last seen standing on his head in the waste paper basket and scrabbling with his back feet in an attempt to get them into the bin too?. As for the floor, the less said the better.

To return to the horticultural matters (at least it stays where it is parked.). I am growing okra this year for the first time and we have recognisable okra-ettes on the greenhouse plants.  And the squashes and courgettes are scrawling all over the allotment and looking fine.

The only point of interest in weaving is that I joined a Weave of the Month club which is Swedish. And got sent the drafts for January to June in one batch. Very well done and some weaves are interesting. 8 shafts only.