Here I am sitting in Edinburgh Airport and I do not seem to be going home any time soon. Rumour has it that our flight has just taken off from Heathrow and will be here shortly, that is, we will depart in three hours. The flight was supposed to depart from here more than an hour ago. Oh well!. Added later. We left 4 hours late and were given instructions by the crew as how to get compensation!

And I left home at 6 am this morning to attend my sister's funeral in Dunfermline which was full of family but not very cheerful. Memories will be dominated by wondering whether we will be sleeping on the airport floor tonight.

The last few days have been tidying up days and included doing the 2017 bookbinders accounts. As treasurer, I have been bleating about not charging enough for courses. This year we raised the prices a lot and have made a very large profit. I am going to get it in the neck at the AGM. Treasurers are a funny bunch. They end up treating the money as theirs to guard and do not like it being spent. Bit like Smaug the Dragon. Just sit on the gold and glare at everybody. If neccessary, crisp them.

I have designed a draft - four colour double weave in 90/2 silk. And it is for 12 shafts. When I get home, I shall wind the warp. I have also made progress on the photography course and have nearly finished section 2. I found it a bit boring. The next section loooks more interesting.

The last section was about lighting and Photoshop. I am not at all keen on messing with a photo in Photoshop. I know people who will replace the original sky with something from another photo taken at another time. That is no longer a photo but a work of art. Anyway I have had to 'adjust' a photo and here it is. 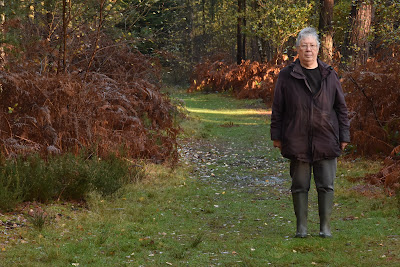 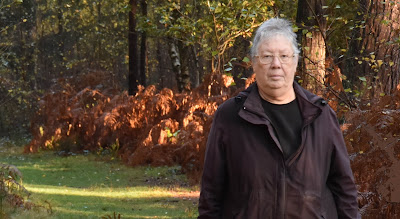 It has been darkened in some places and brightened in others. I remain unconvinced.