Four days last week were spent rushing about and it all came to an ignominious end on Sunday. Thursday I drove up towards Oxford and spent a very pleasant day with some old friends. Friday was very hard work. I drove up to the Barnes Wetlands for a course in photography. I learnt a lot but most of the birds were well out in the middle of the lake. Slimbridge it is not and I would not go again whereas I would cheerful drive to Slimbridge which is two hours away. Barnes is 56 minutes away so the Sat Nav says. Not in the rush hour it isn't. More like two hours. So I reached home exhausted after two lots of rush hour and lots of hours spent walking round taking photos. 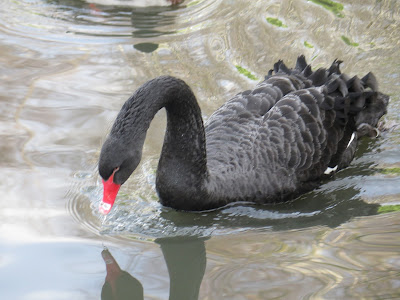 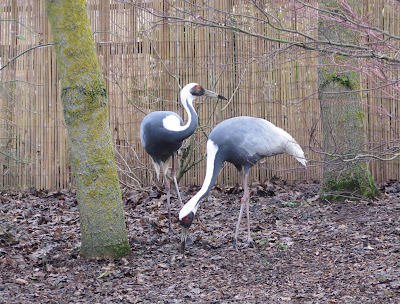 Saturday was Guild day which is not restful either. I bought a large amount of yarn from My Fine Weaving Yarns, bamboo mostly but some space dyed Tencel and 300 gms of space dyed Indian silk.


Sunday we drove over to Great Missenden to have lunch with our nephew and his family. A lovely lunch and I sank into a comfy couch after lunch and went to sleep. Dorothy woke me up when it was time to go home. I was embarassed. How rude.

I forgot to say that when I reached home on Saturday, my desktop had turned its toes up. I spent ages poking it but got nowhere. So this morning as early as was decent, I called our computer expert who came round and took all of ten minutes to end it. Something to do with needing resetting every now and then. Beyond me.

So today was spent praying about the desktop and rearranging the week to accommodate mounting software on a new computer. Which turned out not to be needed. Hurrah. After it was mended, I returned to my original plans to do some stencilling. 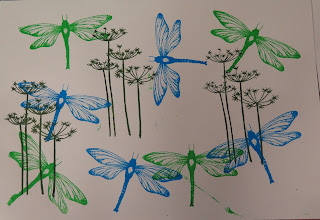 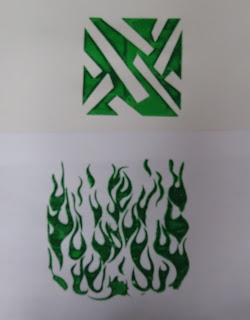 And the warp knots on the Megado have hoved into sight!!!